ENKA faces the challenge of increasing plant efficiency while reducing its carbon footprint.

The implementation of GE’s AGP technology and DLN system upgrade will allow ENKA to take a deeper look into operational data that will increase efficiency and reduce fuel consumption.

As a country that bridges the gap from the West to the East, Turkey has been a geographic focal point throughout history. It was known as Anatolia to the ancient Romans, and served as a bustling trade hub. Next it was a cultural epicenter during the height of the Ottoman Empire.

Today, with its location at the crossroads between oil-rich Middle East and former Soviet Union countries, and the European demand centers, Turkey is playing an increasingly important role in the transit of oil and natural gas. The country is on track to become another type of hub, though—a hub of technological innovation and R&D, and ENKA is leading the charge.

A construction conglomerate based out of Istanbul, ENKA has been supplying 13 percent of Turkey’s electricity since 2002, and has placed the first order for GE’s 9F Advanced Gas Path (AGP) technology for 10 of its gas turbines at the Gebze, Adapazar and İzmir power plants—a milestone for both companies. Working with GE Gas Power’s services business, ENKA is expected to deliver a total of up to approximately 150 additional megawatts (MW) of power, enough to generate electricity for more than 200,000 additional households in Turkey. The project also includes an extension of ENKA’s Parts and Services Agreement (PSA) with GE.

ENKA also expects to lower its emissions footprint with the installation of the AGP solution in tandem with GE’s Dry Low NOx (DLN) 2.6+ combustion system upgrade. Upon completion of this program, ENKA plants will reach over 57 percent combined efficiency. The AGP upgrade helps ENKA harness the power of big data and the Industrial Internet to ensure each turbine is running optimally at all times. Additionally, ENKA will reduce fuel consumption, extend their maintenance intervals and the life of their turbines. Best of all, this upgrade lets ENKA gain the flexibility to take advantage of the country’s diversified energy storage portfolio, which includes plentiful wind power.

See it in action

Making the best even better

Get an in-depth look at ENKA's 9F upgrade. 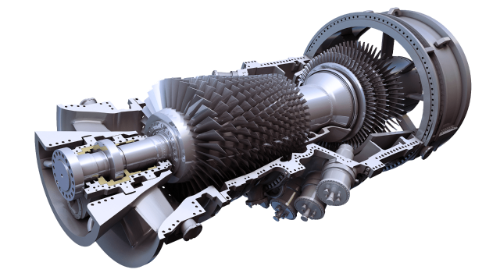 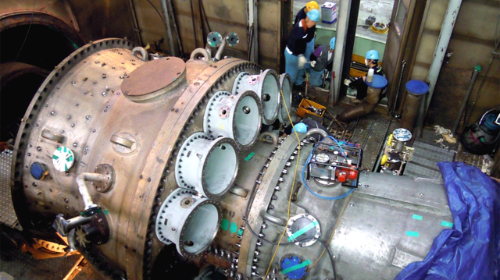 Read how the largest cogeneration facility in Shanghai benefited from AGP.

Want to learn more about our digital solutions?