The strategy to reduce the UAE’s carbon footprint led to the selection of GE’s H-class gas turbines for the 1.8 GW Hamriyah Independent Power Plant. The facility’s first two GE HA gas turbines have been delivered already. 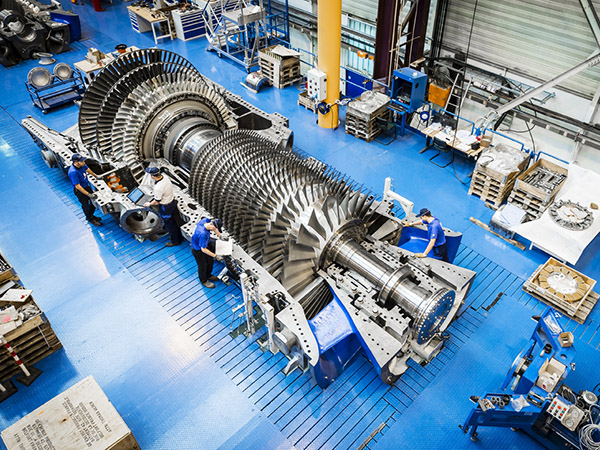 A milestone for the UAE's utility sector, and one step closer to providing more power with less environmental impact

The goals outlined under the UAE Energy Strategy 2050 bring focus to the need for lower carbon power generation.

GE was chosen to supply Hamriyah Independent Power Plant with a total of three 9HA.01 units and other power solutions. GE has supported the energy sector in the Gulf Cooperation Council (GCC) for over 80 years. Today, GE-built power technologies generate up to half of the GCC’s power.

The delivery of GE’s H-Class gas turbines at the Hamriyah Power Plant marks a significant milestone for the region’s utility sector. It brings us one step closer to delivering on our commitment to provide on-demand, affordable power to meet the needs of Sharjah, and to reduce the environmental impact of power generation activities in the emirate.

Co-developers GE Energy Financial Services and Japan’s Sumitomo Corporation signed a 25-year Power Purchase Agreement with Sharjah Electricity, Water, and Gas Authority (SEWA) in 2018 to develop, build, and operate the plant. To date, a team of over 1,300 people have contributed to the project.

Using three GE 9HA.01 units in combined-cycle operations can help SEWA reduce CO2 emissions by up to 4 million tons per year compared to current levels—the equivalent of taking 1 million cars off the UAE’s roads. Not only will this contribute to the UAE’s decarbonization goals, the Hamriyah project is expected to become the most efficient power plant in the Middle East’s utilities sector.