With more than 20 years of experience and 300 units installed around the world, the GE TM2500 is a proven solution for providing a baseload bridge-to-permanent power installation or for generating backup power in the wake of natural disasters, plant shutdowns, grid instability, and other emergencies.

In September 2017, Hurricane Maria knocked out Puerto Rico’s power infrastructure, leaving much of the island in darkness. In October, three GE TM2500 mobile aeroderivative gas turbine generators arrived in Puerto Rico, the day after contracts were signed. Within 15 days, these generators were connected to the local power grid and power was restored to critical facilities and much of the area near the capital, San Juan.

Whether power suppliers are dealing with natural disasters, plant shutdowns, grid instability, cyber incidents, or even health emergencies that may disrupt previously tested continuity plans, the capacity for emergency power generation is essential. No matter where you are in the world, in an industrialized or emerging country, GE can provide fast emergency power delivery, installation, and production. With installation and commissioning in as few as 11 days, a TM2500 emergency power plant can help you respond quickly to emergency situations with reliably generated power. 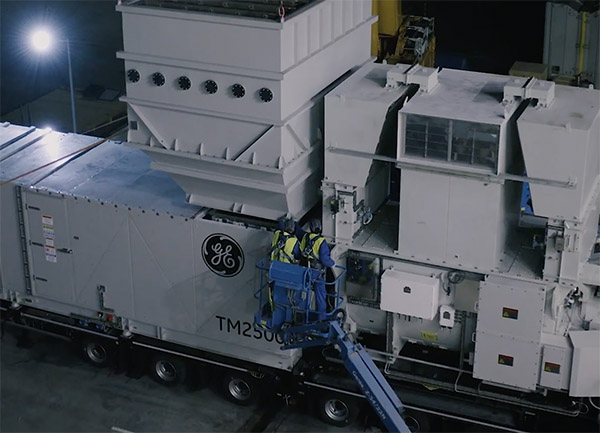 If you need temporary emergency power generation fast, look to the trailer-mounted TM2500 aeroderivative mobile gas turbine. The TM2500 features up to 36MW of power potential per unit and is transportable to any location by land, air, or sea. This mobile gas turbine power plant runs with many fuel sources—including gas, LPG, and/or distillate liquid fuel—protecting against fuel supply disruptions, price volatility, and fuel adulteration. The units also come pre-packaged, providing you with a turnkey configuration and saving you valuable construction and lead time, as well as capital expenditures

The TM2500 offers solutions to a wide variety of industry challenges:

Watch us provide power in hours

GE’s TM2500 gas turbines have over 6 million hours of operating experience, based on a heritage of 97 million hours. They can be commissioned in less than one month from contract signature and within 11 days of parking the first trailer—up to six times faster than other emergency power technologies.

Once installed, our gas turbine power units ramp up to full power production within five minutes, providing the power you need quickly. Plus, with 37% efficiency (higher than most grids) and the ability to add 34-37 MW of power as your need increases, the TM2500 can grow as you need it to.

Additionally, even though the GE TM2500 can get things done quickly, GE offers a lifecycle partnership that doesn’t stop after your turbine starts up. Our services include, but are not limited to:

Learn more about the TM2500’s features, specifications, and record of success today 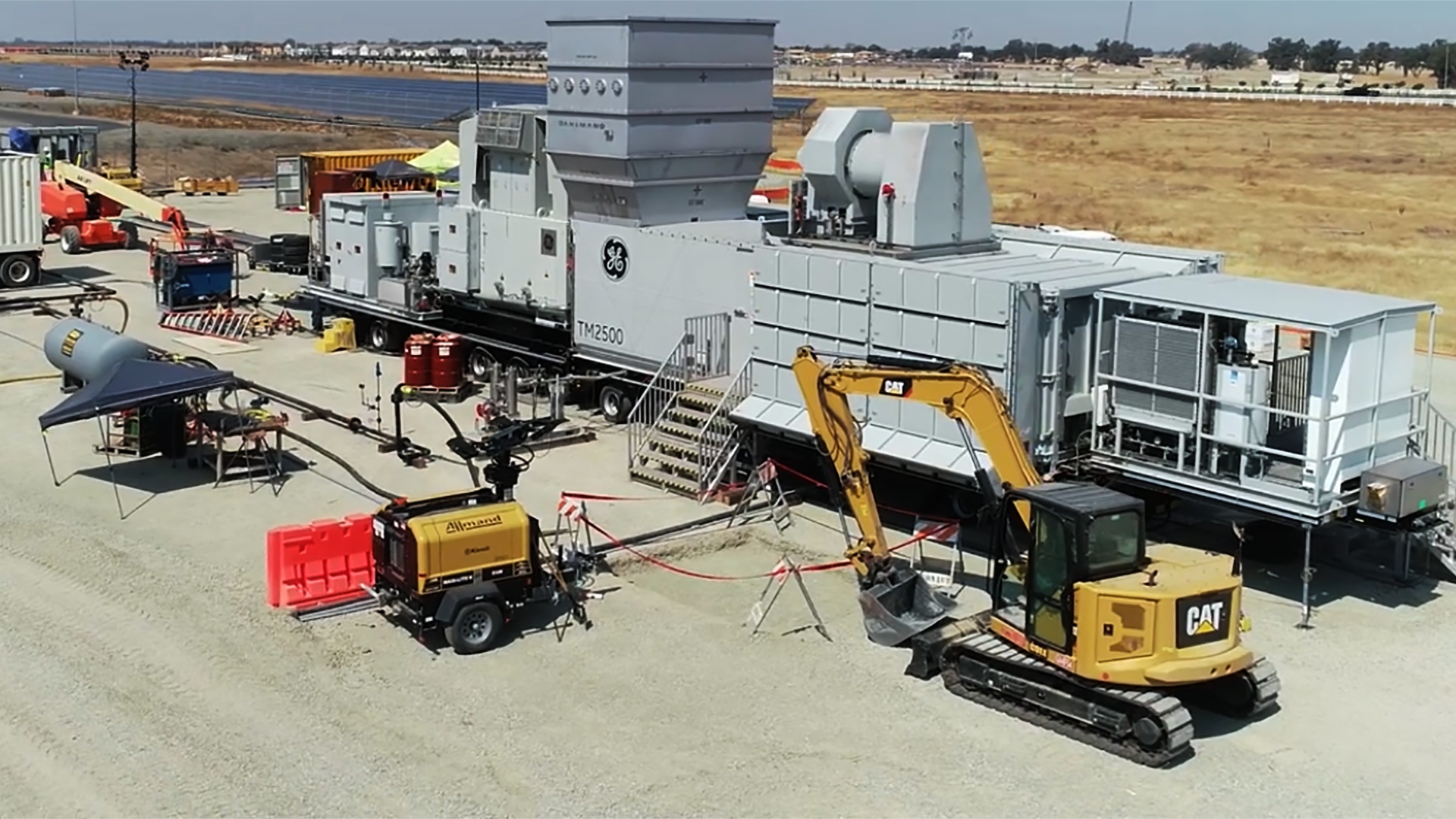 Governor Newsom declared safeguarding the grid as imperative, but so was keeping it deeply green, as California sees massive success in meeting its own incredibly strict emissions rules. Honoring this with ingenuity, GE built in selective catalytic reduction scrubbers (SCRs) to the turbines for a markedly low NOX emission rating of 2.5 PPM (opposed to the average of 15). To date, this tech innovation with SCRs is the first of its kind.

Delivering power across an island chain

In Indonesia, the world’s fourth most populous nation, delivering reliable power to 225 million residents is complicated by the fact that the population is spread across 18,000 islands. GE worked with PLN Batam to advance the electrification of the country.

Instead of building conventional power plants, which can take years, 20 TM2500 units were deployed to eight sites on six different islands. The units immediately generated 500 MW of power, enough to supply about 4 million homes. Months after their installation, the units were able to withstand several 7.0+ earthquakes that hit the region in 2018, keeping the lights on for the island’s residents and rescuers. 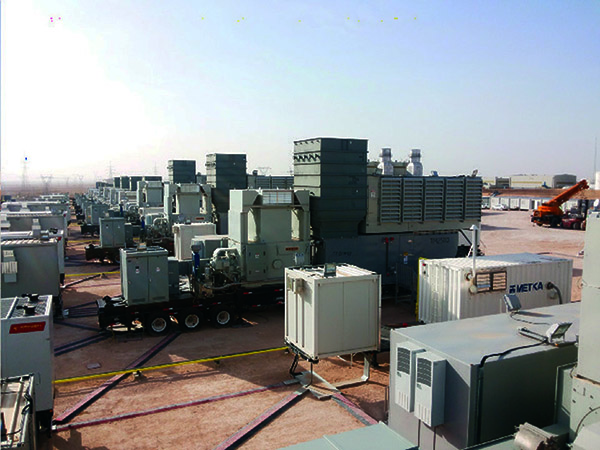 Powering up for the summer demand

In 2013, Algeria faced a drastic need for more power, particularly during the hot summer months, which typically yield approximately a 10 percent increase in electricity demand.

GE delivered 24 TM2500 mobile gas turbine generators that provided more than 480 MW of power. The units were commissioned, delivered, and operational in time to meet the northern districts of M’Sila and Fkirina’s summer peak electricity demand. After the seasonal peaks, some of the units were deployed to other cities in the south of the country to serve as a permanent power source.

With rapid economic growth and an expanding population, Egypt is a country in transition. Its desert climate necessitates a massive amount of power generation, and while GE’s products currently generate nearly 30% of the country’s total installed capacity, its electricity demand is expected to grow at 4.1% per year.

Beginning in December 2014, GE and the Egyptian government took vital steps toward accommodating the sharp increase in the country’s electricity demand. GE provided 20 TM2500 generator sets – totaling 500 MW of total power – and promised to install and commission all units within six months in order to help meet the country’s 2015 hot summer months’ demand. By working quickly to get the TM2500 generator set up and running by June 2015, Egypt was predicted to avoid $4.1 billion in losses over the course of the scorching summer season. 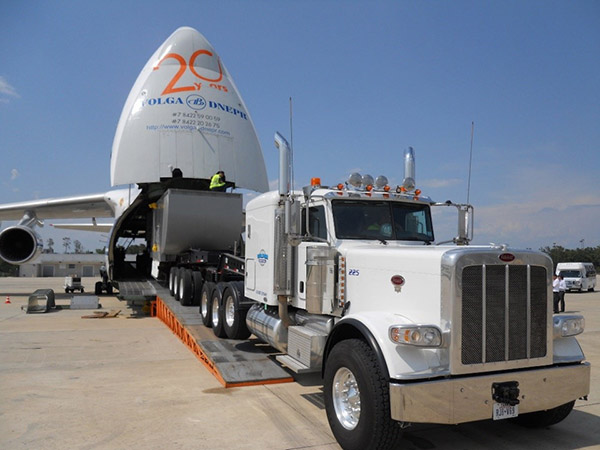 The 9.1 magnitude earthquake that struck off the coast of Japan’s Tohoku region in March 2011 was the world’s costliest natural disaster to-date. It initiated a tsunami with waves that reached 40.5 meters and traveled up to 10 kilometers (6 miles) inland. The disaster compromised power generation and distribution, including operations at the Fukushima Daiichi nuclear plant.

Within 30 days of the disaster, GE had deployed 10 flexible-use TM2500 aeroderivative units, which together could produce 250 MW for the region. 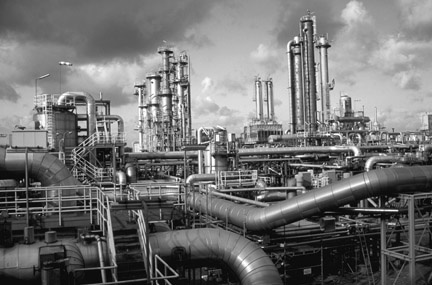 In the wake of the 2017 earthquake that struck the Oaxaca region in Mexico, Pemex needed urgent power to restore operations of the Ing. Antonio Dovalí Jaime Refinery, one of the largest petrochemical facilities in the country.

The facility benefitted from nearly 70 MW of urgent power generation provided by two TM2500 units as the remaining permanent power grid was being restored during the months following the earthquake.