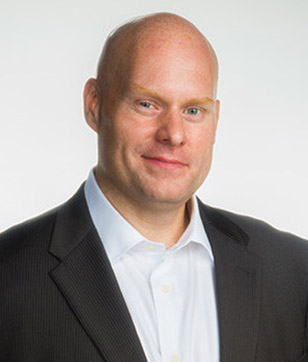 Eric is President & CEO of GE Gas Power, part of GE Vernova. Gas Power is a gas lifecycle organization focused on power producers and the technology, services, knowledge and insights they need to build, operate and maintain gas power generation plants. Under Eric’s leadership, Gas Power is well-positioned to lead the energy transition and decarbonize the power sector while delivering reliable and affordable power the world depends on.

Eric has more than 20 years of GE experience. Since joining GE in 2001 as a plant chemist, he has held a variety of commercial and operations leadership roles across products, services and projects.

In 2018, Eric was named as the CEO of GE Gas Power in the Americas. He was responsible for selling new units and services, servicing equipment and executing projects across the North and South America region. He also served as the CEO of the global $4B Heavy Duty Gas Turbine Equipment business, overseeing commercial operations through project execution to deliver gas power generation across the globe.

Eric holds a bachelor’s degree in chemistry from Indiana University and an MBA from Georgia State University, and he is based in Atlanta, Georgia. 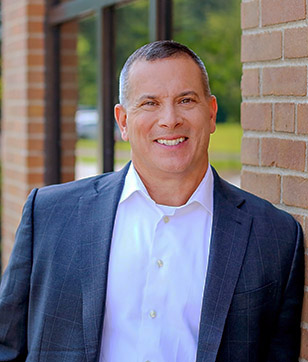 Mark joined GE in September 2020. In this role, he and his team are responsible for GE Gas Power’s transactional and upgrades portfolio as well as the fulfillment of all services offering for our customers.

Mark joined GE Gas Power from Siemens Gamesa Renewable Energy, where he was the Chief Executive Officer (CEO) of the global Service Business Unit. From 2004 to 2011, he was Vice President of Siemens Power System Sales in the U.S.

Mark brings decades of leadership and power industry experience to GE as he held various positions in sales, supply management, business development and marketing both in the U.S. and South America from 1998 to 2004. Prior to 1998, he held several positions of increasing responsibility at Westinghouse Electric Corporation. Notably, he served as officer in the United States Army from 1989 to 1992. 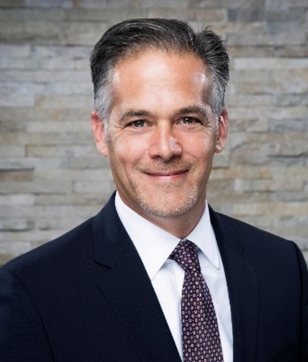 Joe took on his current responsibilities in January 2021. In this role, Joe is responsible for driving the evolution of Gas Power across EMEA to serve our customers better; streamline our business by decreasing variations and driving standard operating procedures among regions, business lines and fulfillment centers; and offering opportunities for cross-regional learning and collaboration among our people.

Joe is a proven senior leader, starting his GE career in 1997 as the general manager for GE’s Power Controls business in Cairo, Egypt. Since then, Joe took on increasing responsibilities within several GE Energy businesses in various geographies across Africa, India and the Middle East.

In July 2010, Joe was appointed a vice president and officer of General Electric Company. 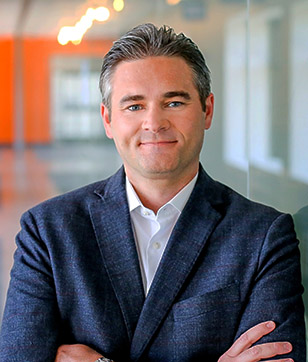 He was appointed to his current role in June 2020 and is overseeing the global contractual services portfolio of Gas Power. The Contractual Services Business is focused on strategic long-term customer partnerships which deliver differentiated lifecycle outcomes for our customers in a dynamic energy marketplace.

Steve is a proven leader with 20 years of supply chain, services and operations experience spanning automotive, aviation, transportation, and energy industries. Throughout his career he has developed significant global expertise across Europe, Middle East, Africa, and Russia/CIS.

Denice is Vice President, Human Resources for Gas Power. In her role, Denice partners with our leaders globally to build diverse teams in an inclusive culture where all employees can bring their best to our mission to engineer cleaner, more accessible energy that people depend on, powering growth and prosperity everywhere.

A 28-year GE veteran, Denice brings a multitude of experiences, having most recently served as the HR Leader for our Global Supply Chain and Lean organizations since 2017. Denice spent nearly half of her career in the Energy businesses including Electrical Distribution, Oil & Gas and most recently Gas Power. She also worked in GE Aviation for 13 years and with the corporate HR team for 3 years. She has served in HR roles across several functions with significant experience with our supply chain and services teams across these businesses. While at corporate, she held roles supporting Information Technology and Operations. 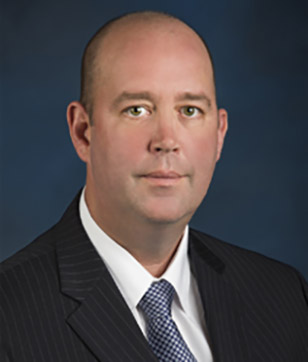 Clive Nickolay is the CEO of Gas Power’s Aeroderivative Business.

Clive is responsible for driving the global strategic plan and execution of the Aeroderivative business across the full product & service lifecycle. He is focused on three key priorities for the business: working closely with our customers through the Managed Care initiative, reducing turnaround time in the service depots and enabling decarbonization of the power sector through the supply of flexible, dispatchable, clean and efficient power plants.

He brings more than 30 years of expertise in the energy industry with specific experience in district energy, combined heat and power and the modular, fast-power space. Clive has held senior leadership positions at Clearway Energy, NRG Energy, Solar Turbines and Caterpillar Inc. where he has a track record of driving top line growth with improved profitability. 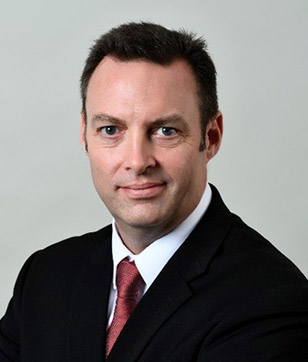 Jason joined GE in early 2022 as Chief Executive Officer for the Onshore Wind (ONW) North America (NAM) business from Dematic—part of the KiON Group, the global leader in supply chain automation and intralogistics solutions—where he served as the Chief Operating Officer.

Prior to joining Dematic, Jason spent 13 years in a variety of roles across the Linde Group, the world’s largest industrial gas company and a leader in global energy markets. He was previously Senior Vice President of Asset Delivery for Linde Gas Asia Pacific, where he was responsible for the development, execution, and commercialization of the Singapore Gasification Complex. Prior to that, he was President and CEO of Linde Engineering North America; Managing Director of Linde Engineering, Southeast Asia; and VP of Project Management and Construction for Linde Process Plants. Jason has lived and worked internationally for much of his career, having completed multiple assignments in the UK, India and Singapore. 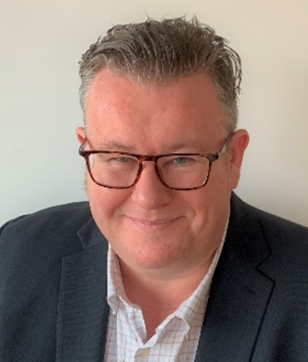 He has worked at GE for over 10 years in the Transportation and Power businesses in the US and Europe – and has a keen interest in the developing power market, technological & commercial disruptors and geo-political factors that are influencing the pace of the energy transition globally. Martin is as happy discussing controls, software and firmware as he is talking turbines, electrical rotating machinery and gearboxes; and believes that his experience at Bombardier and Rolls Royce gives him a unique lens and perspective on the adoption and integration of breakthrough technologies. 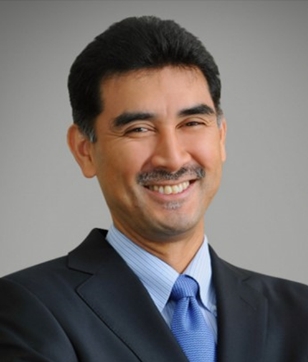 Ramesh was named to his current position in Gas Power in 2019. In this role, Ramesh is responsible for strengthening GE Gas Power’s presence in the region by building on the strong relationships with our customers, partners and key stakeholders in the energy sector across more than 15 countries. In 2020, Ramesh expanded his role to include regional leadership for ASEAN & ANP (Australia, New Zealand and Papua New Guinea) for GE.

Ramesh brings more than 30 years of experience in the energy industry having begun his career in 1989 with Tenaga Nasional in Malaysia as a Gas Turbine maintenance engineer.  He then joined GE as a field engineer in 1994 with global assignments in Latin America, North Asia and Southeast Asia. Over the next 20+ years in GE, Ramesh took on roles of increasing responsibilities with various GE Energy businesses that cover Commercial, Operations and Projects. These also include global leadership roles at GE Power headquarters in Atlanta, US and Baden, Switzerland respectively.

Ramesh was born in Johor, Malaysia and holds a Bachelor of Science degree in Mechanical Engineering from the University of Technology Malaysia. 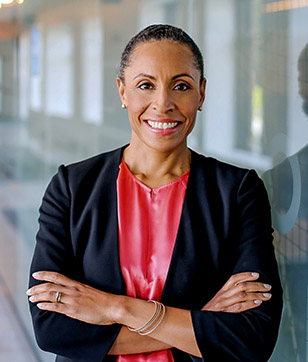 Tanya is the Chief Diversity Officer for GE Gas Power.

She was named as Chief Diversity Officer for Gas Power in 2020. In this role, she is focused on driving an inclusive culture, addressing bias, improving representation and championing development.

Tanya is a proven leader with a demonstrated track record of leadership experience across various businesses within GE. She joined GE 28 years ago with a degree in electrical engineering and a passion for strategy development. She has excelled in driving results and inspiring teams from GE Oil & Gas in Nigeria to GE Gas Power in Atlanta. Tanya is well-versed in implementing growth strategies; she sparks change that positively impacts business outcomes. Tanya also serves as the Accelerated Leadership Program Manager for GE Corporate, GE Gas Power, and GE Power Portfolio.

Tanya graduated from Tuskegee University and holds a Bachelor of Science degree in Electrical Engineering.