Turned off their lights for 9 minutes

The Prime Minister of India asked citizens to turn off their lights for nine minutes in a show of solidarity in the fight against COVID-19. With meticulous planning by India’s Power System Operation Corporation (POSOCO), national and state agencies, and supported by the GE Digital Grid Software team and Advanced Energy Management System (AEMS) solutions, the nation’s power grid withstood a 31- gigawatt drop and recovery.

India’s Power System Operation Corporation (POSOCO), is a government-owned enterprise under the Ministry of Power and is responsible for the integrated operation of the nation’s complex power grid.

When the Prime Minister of India asked citizens to turn off their lights for nine minutes in a show of solidarity in the fight against COVID-19, POSOCO and its extended team of national and state agencies had less than 60 hours to prepare. For 1.3 billion consumers this would be a simple, yet powerful, way to unite with their fellow countrymen and the world, but it would also put tremendous stress on the nation’s power grid. A sudden decrease in demand could cause grid instability, leading to system collapse.

Due to national lockdowns associated with the pandemic, the normal daily peak demand of 160 GW had already fallen by 50 GW due to the significant reduction in demand from the commercial and industrial sectors. For the April 5 “lights out” event, POSOCO estimated a reduction in demand of 12 GW within two to four minutes. Power systems can handle gradual drops, but a sudden drop caused by lights switching off across the nation risked collapsing the world’s largest synchronous grid. Consumers would expect the power to return at full capacity at the end of the nine-minute vigil.

Preparations to meet the unprecedented reduction in load and recovery began in earnest on April 3 to create and test guidelines for reliable grid operations across POSOCO’s five regions. Hydro and gas generators, which require the least amount of time for ramp-up, were tested the morning of April 5. The Ministry of Power announced that the country’s electricity grid was robust, stable and ready to handle the demand.

At 9:00 pm on April 5, an estimated 80% of the nation’s citizens (approximately a billion people) turned off their lights and illuminated candles, lamps and flashlights in a show of national strength and unity. The resulting power drop and recovery was 31 GW – more than double the projections, but by connecting with control centers remotely, observing key parameters, and continuously monitoring system health, POSOCO was able to provide uninterrupted supply to consumers. 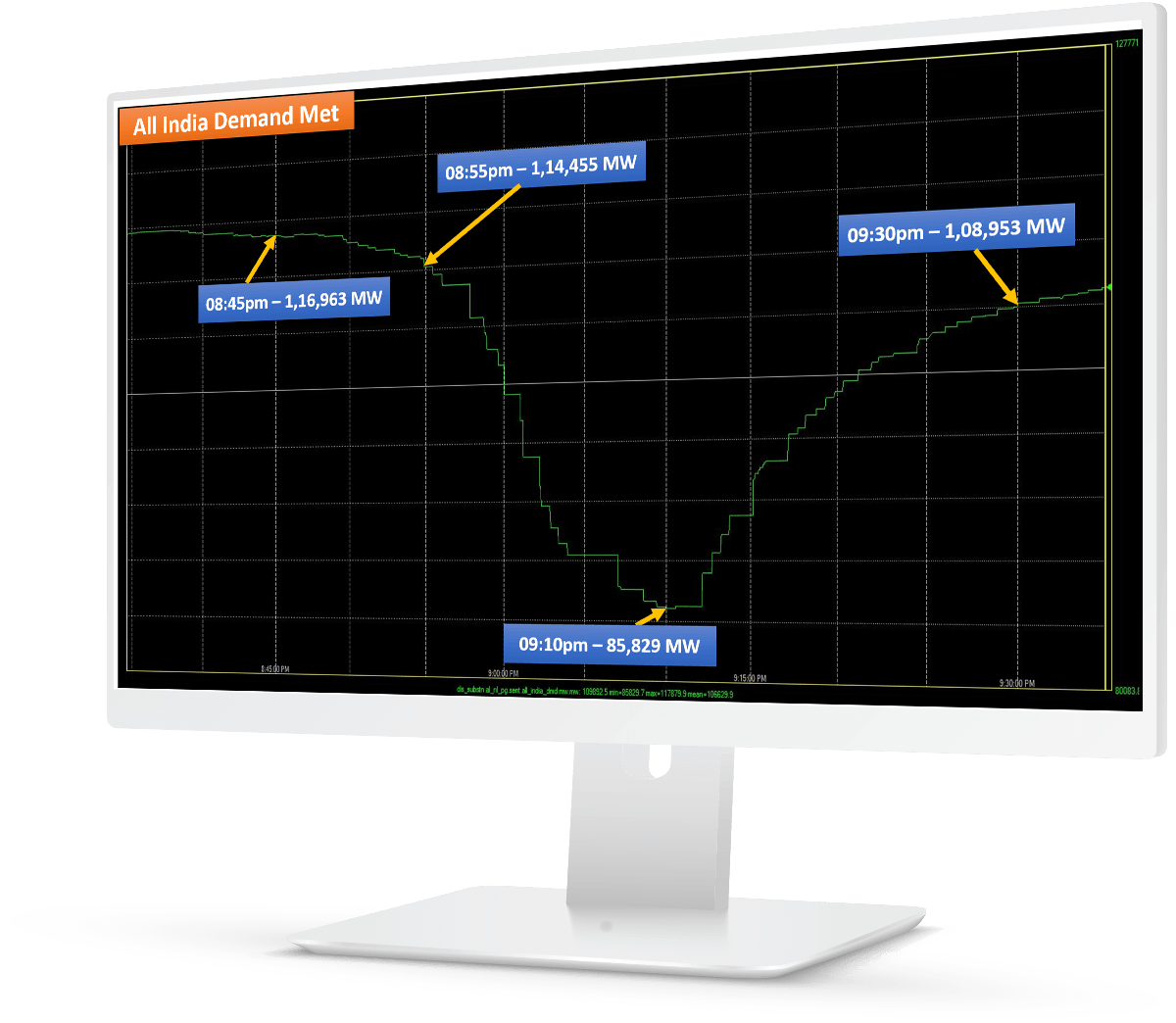 Given India’s strict lockdown response to COVID-19, the GE Digital teams were not able to hold in-person planning meetings, but by using GE Digital’s remote work capabilities, the team’s engineers were able to support POSOCO while working safely from their own homes. 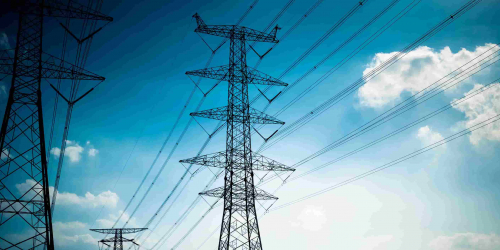 The framework to master progressively renewable generation by integrating EMS WAMS renewable and analytics into a modular solution. 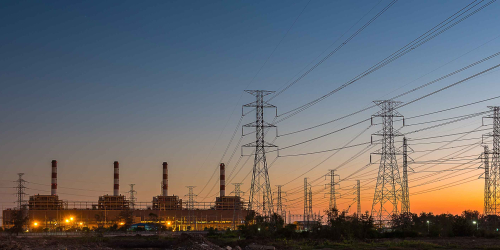