With remote monitoring and control

The businesses are located in three locations, with the headquarters in Głuchołazy, where recycled paper is manufactured for further processing. The Głuchołazy plant has four paper machines for the manufacture and processing of toilet paper, paper tubes, and cellulose wadding. Głuchołazy Paper Company had ambitious plans for dynamic growth and model management.

In order to meet the company’s goals, its plant maintenance managers defined a number of system requirements to do so, with the most important being:

So, they turned to iFIX and Proficy Historian from GE Digital. These solutions were implemented in the Głuchołazy and Niedomice paper mills. 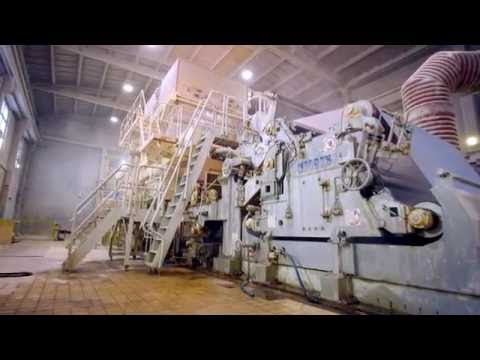 iFIX and Proficy Historian were implemented by ELTOP s.c. Industrial Automation Systems. Staged implementation included individual production processes within the whole plant. In addition, the support and configuration of mobile and database solutions was provided by VIX Automation during the implementation phase.

The system is based on iFIX and Proficy Historian software across several workstations.

Prior to implementation of the automated production control system, most production processes were controlled manually or semi-automatically. No advanced automation or SCADA systems were in place at the company. Years ago, iFIX (called FIX at the time) was the first software implemented in the production process of the MP3 paper machine. Subsequently, when the other machines were upgraded, iFIX was installed in MP1, MP2, and MP5 machines and in the paper pulp preparation process.

Later, a large investment was completed in the Niedomice Branch. Based on an existing paper machine, a new one was developed along with the production processes for the preparation and refining of paper pulp, water preparation, and sewage treatment. iFIX was used as the SCADA system. Meanwhile, the heat plant in GZP [Głuchołaskie Zakłady Papiernicze (Głuchołazy Paper Company)] Głuchołazy was also upgraded based on iFIX while the company sewage treatment plant was upgraded based on iFIX.

Additionally, the company made another major investment to upgrade the MP3 machine. This new, very extensive production process is controlled by iFIX. To complete the system, Proficy Historian was also implemented. The successful individual implementation stages of these solutions fully met the expectations of the company’s leadership team.

This new system now supports complete visualization, control, and recording of archive data. The system has extensive alarm options and the whole manufacturing process is shown on multiple synoptic screens. Bidirectional communication (switching devices or whole process units on and off) is supported by each screen. Controller settings can also be adjusted. Proficy Historian generates clear reports and allows remote production process and machine parameter monitoring using the global network. This is particularly important when supervising the machine in the Niedomice Branch. In order for the company to continue to grow and scale, this system undergoes continuous expansion and upgrades.

Due to the current market requirements concerning product quality and economy efficiency in paper production, extensive SCADA systems must to be used in the manufacturing process. A reliable system is indispensable in production.

With the well-designed and highly reliable system that included user-defined needs (processing and production supervision in the plant) the number of workplaces could be optimized and, with the MP3 machine, largely contributed to increased efficiency exceeding the maximum design value.

When developing a user's interface through iFIX, we can use a wide range of database blocks and an extensive object library. This allows us to develop applications quickly and easily. Experts can be used to animate objects and create scripts. We can modify them with only a minimum knowledge of VBA or develop our own solutions. The option of drawing layers provides a wealth of opportunities for the layout of synoptic screens. Proficy Historian efficiently collects and archives data not only from the GE Digital applications, but also from other sources. User-created applications based on SDK provide practically unlimited opportunities for data processing and entry. Also, extensive reports can be created based on archive and real data with Proficy Historian.

iFIX allowed for supervising of manufacturing and maintenance processes of the machines, minimizing losses related to product change during manufacture while sustaining maximum productivity and product quality possible for the machine.

Through Proficy Historian, the company was able to start analyzing process indicators related to ISO 9001 based on the data collected and analyzing machine clothing (pulp felts) in terms of their time, energy, and throughput performance.

The software was also used to adjust technology and the ongoing control of new products implemented in Niedomice, located 350 km from the Głuchołazy plant, without the need of the employees responsible for technology in GZP Spółka z o.o. in Głuchołazy going to Niedomice.

VIX Automation is an Authorized Distributor of GE Digital in Poland.

They are one of the leading suppliers of comprehensive IT solutions for production on the Polish market. 15 years of experience, qualified engineers and knowledge of the specificity of the Polish industry allows them to provide their clients the highest quality services.