Haley Parker never imagined the challenges she’d face as a woman in a STEM field, she just knew that technology was fascinating. But, one day when she was a mechanical engineering student at the University of California, Merced, she watched her male classmates counting off the number of women entering a lecture hall. There were four in the thirty-person class.

It’s a familiar experience for women in tech. While the industry is lauded for ingenuity and innovation, it is increasingly defined by socioeconomic inequality, with the gender gap perhaps the starkest example.

A 2011 study by the Department of Commerce found that although women comprise roughly 48 percent of the U.S. labor force, they represent only 24 percent of STEM workers.

When women do break into STEM fields, they typically earn substantially less than their male counterparts. GE recognizes this trend, and has pledged to fill half of all entry-level STEM roles at the company with female employees by 2020.

But Parker refused to let the gender gap stand in the way of her dreams. After graduation, she took a job with SoCal Edison at a hydroelectric dam in Big Creek, California. A mechanical engineer by training, Parker had to learn an entirely new skillset to program the dam’s controllers and SCADA screens, but she found that coding came naturally.

But Parker refused to let the gender gap stand in the way of her dreams. After graduation, she took a job with SoCal Edison at a hydroelectric dam in Big Creek, California. A mechanical engineer by training, Parker had to learn an entirely new skillset to program the dam’s controllers and SCADA screens, but she found that coding came naturally.

“You could design this computer program to control these actual, mechanical parts,” Parker said. “Being able to design something that made sense to people, and was also functional, that kind of hits my sweet spot.”

A year and a half later, she accepted a new job with the city of San Luis Obispo, this time designing SCADA systems for the city’s water treatment facility. She quickly became a leader in the organization and spearheaded an overhaul that saw the facility transition from decades-old DOS-based software to a modern system powered by GE Digital’s iFIX solution.

She credits the software’s ease of use for making make a lot of progress in a short period of time, though her skills as a coder also played a large role.

For her part, Parker doesn’t think of herself as a gender trailblazer, just another engineer following her passion. She says she hopes to see more women doing the same.

“As a woman working in a male dominated field, I often find myself stuck between two places. Feeling disenfranchised by the physical limitations I face or empowered by accomplishing something that others thought I couldn’t,” Parker said. “My advice to women, regardless of what field they’re interested in, would be to find a subject that they enjoy and then pursue it no matter what others may think. I cannot deny that I have struggled with aspects of the job, but if I had chosen a job that disinterested me, then it would only make any struggles I face that much more difficult. STEM is challenging, but a challenge that I enjoy.” 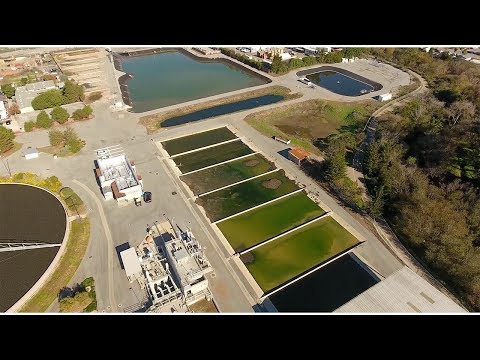 The City of San Luis Obispo uses iFIX HMI/SCADA from GE Digital to increase operator efficiency and improve reliability, as it serves residents and businesses with clean, safe water.

Next Level Manufacturing Technology: The thinking and technology behind General Motors’ MES 4.0

Everything You Need to Know about HMI / SCADA