It’s one thing for your favorite airline to delay boarding for 15 minutes while aircraft crew members address a routine maintenance issue uncovered during pre-flight checks. It’s quite another to be taxiing to the runway when the pilot announces he’s returning to the gate so that crews can inspect the landing gear. Not only does your customer satisfaction take a nosedive, but the airline’s costs increase significantly. A technology service company leveraged Predix Platform to minimize unplanned downtime through predictive maintenance of aircraft landing gear, thereby reducing such incidents on the tarmac.

Up until recently, any issues with aircraft landing gear couldn’t be detected easily until after pushback from the gate. Uncovering problems at this late stage usually results in a flight delay, which can cost the airline between $25,000 and $40,000. And, to make matters worse, if the delay occurs in the morning, it can have a cascading effect on the entire day’s flights. Meanwhile, repair crews have minimal information to help them determine the exact cause of the issue.

The Infosys engineering services team decided to tackle the problem by leveraging the Industrial Internet to provide visibility into the health and status of each aircraft’s landing gear. By adding sensors to landing gears and analyzing that sensor data, the team realized it could determine the useful life of the equipment. But first, the team had to study the various failure modes of the landing gear.

While doing so, the team identified 34 locations where sensors can be applied to provide data for early detection of wear or malfunction. Using the data from these 34 sensors, Infosys created a digital twin of each aircraft’s physical landing gear. The digital twin models one instance and is continuously updated, allowing current issues to be diagnosed and enabling prediction on the remaining useful life based on historical data.

During takeoff and landing, data is collected an average of once per second from each of the 34 sensors on the landing gear. The data is stored in the Predix Time Series store, and Predix Analytic Services are used to diagnose anomalies to determine fixes for any issues. A Predix Platform-based application continuously compares actual data with predicted data based on the digital twin. Any deviations can be used to modify and optimize the prediction models for required maintenance intervals and catch outlier problems while they are small enough that maintenance can be scheduled proactively.

As a result of this solution, aircraft engineers can see how much useful life remains for a given set of aircraft landing gear and determine when maintenance should be performed to avoid downtime. The airline not only reduces costs due to flight delays, but can also extend the lifespan of existing equipment by proactively addressing issues before they cause unnecessary wear and tear. And, let’s not forget: Flights run on time, which means satisfied customers.

If you’d like to learn more about how Infosys built this solution on Predix Platform and see the solution architecture, read the full story here.

GE Digital is transforming how industry solves its toughest challenges. GE Digital’s mission is to bring simplicity, speed and scale to its customers’ digital transformation activities, with software that helps them to better operate, analyze and optimize their business processes. GE Digital’s product portfolio – including grid optimization and analytics, asset and operations performance management, and manufacturing operations and automation – helps industrial companies in the utility, power generation, oil &amp; gas and manufacturing sectors put their industrial data to work. 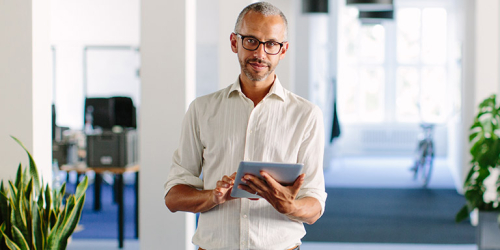 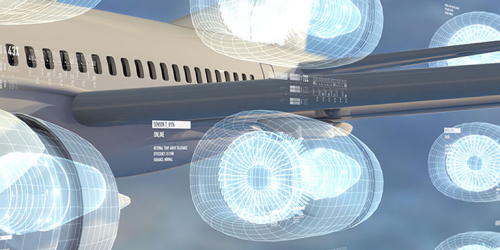 What to learn how Predix and GE Digital software apps can help you?

Supporting Our Customers in Response to COVID-19