Industry professionals responsible for managing assets are faced with numerous challenges in designing cost-effective maintenance strategies for equipment. Intelligent approaches for identifying optimal processes and systems for managing assets ideally combine data-driven modeling of known degradation mechanisms with field expertise of asset performance and plant operations. The ability to construct such models of assets and systems requires understanding of many important features, including:

Predix Asset Performance Management (Predix APM) includes solution workflows which enable users to design and deploy different simulation models of maintenance management processes. Models based on input factors such as associated risks, operating scenarios, and system configuration can be used to simulate a range of business outcomes such as total expected cost of maintenance and system unavailability over a period of time. This is the digital twin approach, where asset data is leveraged to simulate asset performance in different usage scenarios under varying conditions, based on the known risks and usage information.

In this blog, I’ll discuss a solution workflow in APM Reliability, part of Predix APM, which allows the user to create simulations of various system designs by failure mode and risk. Models of different system scenarios enable the user to understand, predict, and optimize which asset strategy or design is the most reliable and cost-effective, and to evaluate how the system could be modified to increase reliability and production output.

Reliability, availability, and modeling (RAM) analysis is a methodology used to assess and predict performance over the life cycle of an asset for a given system design taking into consideration factors affecting production, operations, and maintenance. RAM models are very useful for asset managers because they allow stochastic evaluations of the likelihood of an event (failure) over time to be combined into an overall picture of system performance that can be represented as a series of cash flows. This takes the esoteric knowledge of asset performance and degradation mechanisms and translates it into the language of finance through life cycle costs associated with alternative scenarios.

System reliability models are constructed using historical data against different known risks on the assets. In the following example, we create a model of a system which collects water from a source via a pump and then runs the water through a production process:

The first step is to identify the key risks and associated mitigating actions in the system. In the example scenario, the identified risks for the pump are failure to the impeller, to the seals, and to the bearings. The mitigating actions considered are time-based seal replacement, periodic vibration analysis, and a time-based impeller redesign. Model parameters for reliability distributions and associated costs are estimated from historical data within APM.

The model outcomes are generated through Monte Carlo simulations over a defined period and incorporates inherent uncertainty in the system model. The chart below shows the results of a Monte Carlo simulation for a period of five years. The results show that while the total costs in the mitigating actions scenario are much less than the no-actions scenario, the cost due to production losses is higher. The higher production losses are due to the system shutdown required to execute the mitigating actions.

Monte Carlo simulations are repeated computational experiments where uncertain model factors are represented by a range of a possible values through a probability distribution.  Model outputs are simulated through random sampling of the different distributions and the final results account for the corresponding possible outcome values. 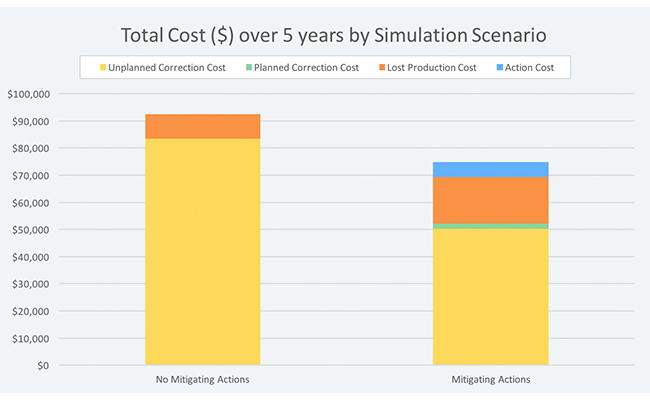 Comparison of total costs over five years for a pump with and without certain actions to mitigate risks. While the total cost is much less with mitigating actions, there are greater costs associated with planned maintenance, execution of the action itself

An analyst has the ability within APM to drill down into the model results to compare the simulated financial impacts by risk. Below is a side-by-side comparison of the total five-year costs between both scenarios split by risk. The proposed mitigating actions have substantial savings associated with seal and impeller failure, but have smaller impact on the total cost associated with bearing failure. 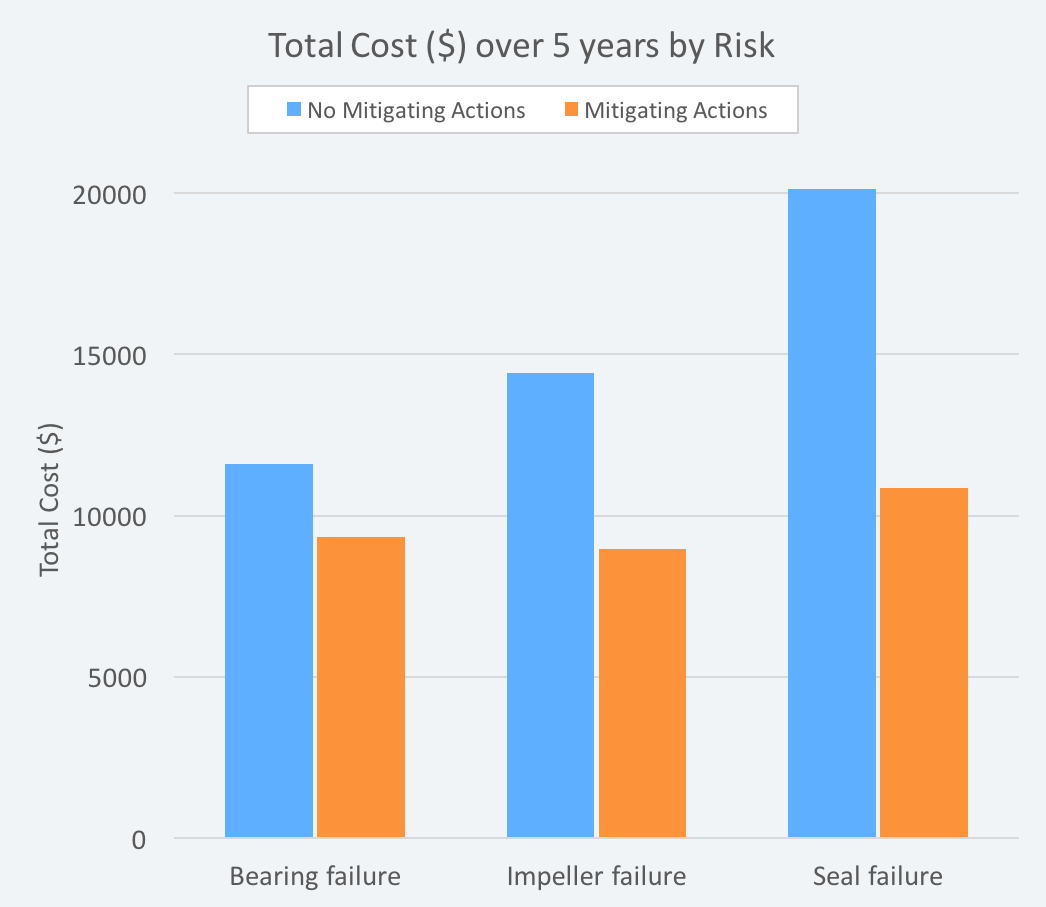 Comparison between scenarios of total cost over five years by risk. We observe that while there is little relative change in bearing failure, the savings from seal failures are nearly half with the mitigating actions

Simulation modeling of system reliability can be used to identify the effectiveness of risk mitigating actions based on historical data, and may be used as a highly effective tool for the industry professional to perform:

Simulation modeling of system reliability is just one example of the digital twin capabilities within our Predix APM solution. In general, specific digital twin approaches will depend on the asset model, available information, and the desired business outcome. 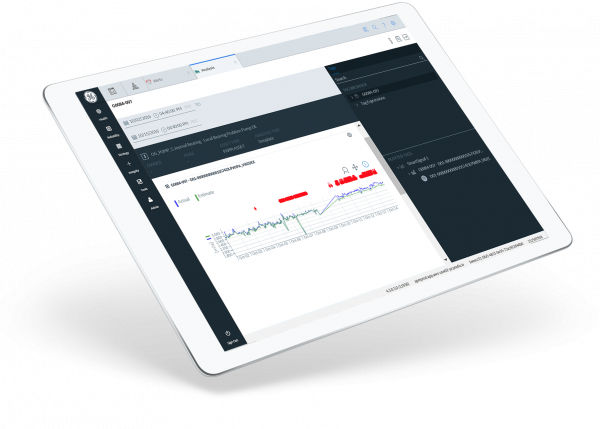