Original equipment manufacturers (OEM) have been around for hundreds of years, but the name “OEM” has taken on new meaning in today’s digital age. OEMs no longer have the luxury of following their age-old business models of making big sales to repeat customers every decade or two. With the advent of the Industrial Internet of things (IIoT), machines are becoming smarter and can incorporate artificial intelligence (AI), machine learning, and other new-age technology into OEMs’ operations—improving efficiency, reducing downtime, and unlocking new business models. This progression of technology has opened a new opportunity for OEMs to drive revenue from after-sales services. However, helping manage that after-sale process, which is an entirely new suite of services, can be challenging. Seizing it isn’t just a matter of tacking on some clauses to a sales agreement, but for many OEMs, the kind of cultural change required to make the pivot is elusive.

What is “minimum viable change”?

The good news? That change doesn’t have to be big. An important concept for an OEM looking to adopt digitization is “minimum viable change.” What are the smallest, least-jarring changes a manufacturing company can make to successfully move into digital-based services based on its products? This holistic approach focuses on a part of the company that already has change-oriented (or -amenable) leaders and reasonable employees who are also open to a shift, then isolate two or three traits where you can achieve quick-wins in the new domain.

This minimalist strategy may seem less revolutionary than layering expensive new technology onto existing processes or revamping the OEM across the board, but it’s a proven way to build momentum for a new way of thinking at an established company. Initial successes fan the flames, and the appetite for change increases as people observe the results achieved by the pioneers.

Talk is cheap, accountability is key

Minimum viable change doesn’t mean just talking about change though. We worked with a large, global cement company whose leaders often trumpeted the value of “failing fast” when it came to the way its sales team interacted with customers, an innovation bromide that sounds easier than it is. We saw that though this willingness to adopt a new mindset in pursuit of a new business model was encouraged in the abstract, when people actually did it, they were discouraged immediately. This kind of “whack-a-mole” resistance to new ways of operating was entrenched. So, the company doubled down and initiated a practice where, at the start of every senior leadership meeting, someone shared a “productive failure”, for example, here’s how I failed in attempting to change the way I interact with customers, here’s what I learned from that failure, and how I will adapt going forward. With leaders holding themselves accountable in this way, the new mindset was able to take hold throughout the organization.

These may be “small” steps initially, but they are powerful ways for established companies to re-orient their processes and thinking to take advantage of new digital opportunities, like AI-based services plays. Our experience has been that they work more effectively than what we call “doing digital,” simply throwing money at expensive new tech or wholesale infrastructure changes in an attempt to force new results. 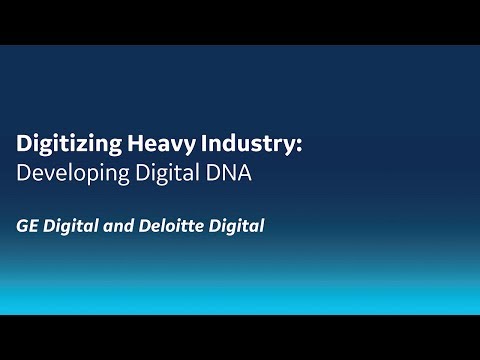 If you’d like to learn more about how you can transform organizational culture in today’s digital age, myself and Andy Daecher recently participated in a GE Digital webcast on this very topic. Click the link below to watch.

Garth is the global leader of Deloitte’s Digital DNA practice. Prior to this role, he led the Human Capital practice for Deloitte Digital. Garth’s client work focuses on major organizational transformations around the world (15+ countries e.g., China, UK, Brazil, Germany, Mexico, etc.). For both traditional and digital-native companies he helps organizations rewire for the future of work and address organizational, talent, team, and culture issues for digital transformation and effectiveness. 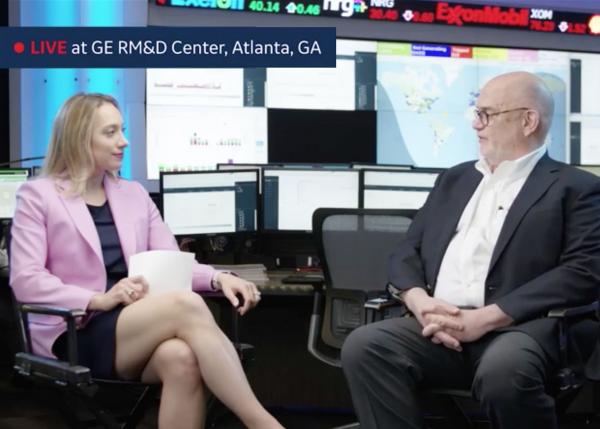 Heavy industry is in a state of transition. As equipment becomes commoditized, manufacturers are focusing on delivering superior customer support as a point of differentiation. With multifaceted and fast-moving supply chains, OEMs are turning to the Industrial Internet to drive customer satisfaction, control cost, and innovate. Watch our recap video on the left. Then, tune into the full on demand webcast to explore new digital environments and learn about what it takes—technologically and culturally—to thrive in today’s industrial world.

Supporting Our Customers in Response to COVID-19