Just a few years ago, it would take GE engineers more than 800 parts to build a third of a new turboprop engine. Today they need about a dozen.

That’s the power of 3D printing. GE designers were able to use the technology, also known as additive manufacturing, to combine hundreds of metal components into a single unit. By turning complexity into an opportunity instead of an obstacle, they improved the engine’s performance and sped up development, among other things.

The complexity is possible because 3D printers build parts, step by tiny step, directly from a computer blueprint. They fuse together superthin layers of fine metal powder with lasers or electron beams exactly into the form of the final part, making shapes that would previously have been impossible or impractical to produce.

Still, printing a part for an aircraft engine remains fiendishly difficult. To help solve the problem, GE Aviation, opened a huge Additive Technology Center in Ohio where engineers can prepare 3D-printed parts for mass production. Now GE Research, together with GE Additive, is seeking to make that journey easier by simplifying printing into a one-step process called push-to-print.

“Through the integration of edge computing, we have given the [3D printer] ‘digital eyes’ to track each layer of every build,” says Randy Rausch, a senior engineer in embedded computing at GE Research. “We want the manufacturer to know in real time whether a part build is good or has to be scrapped.” 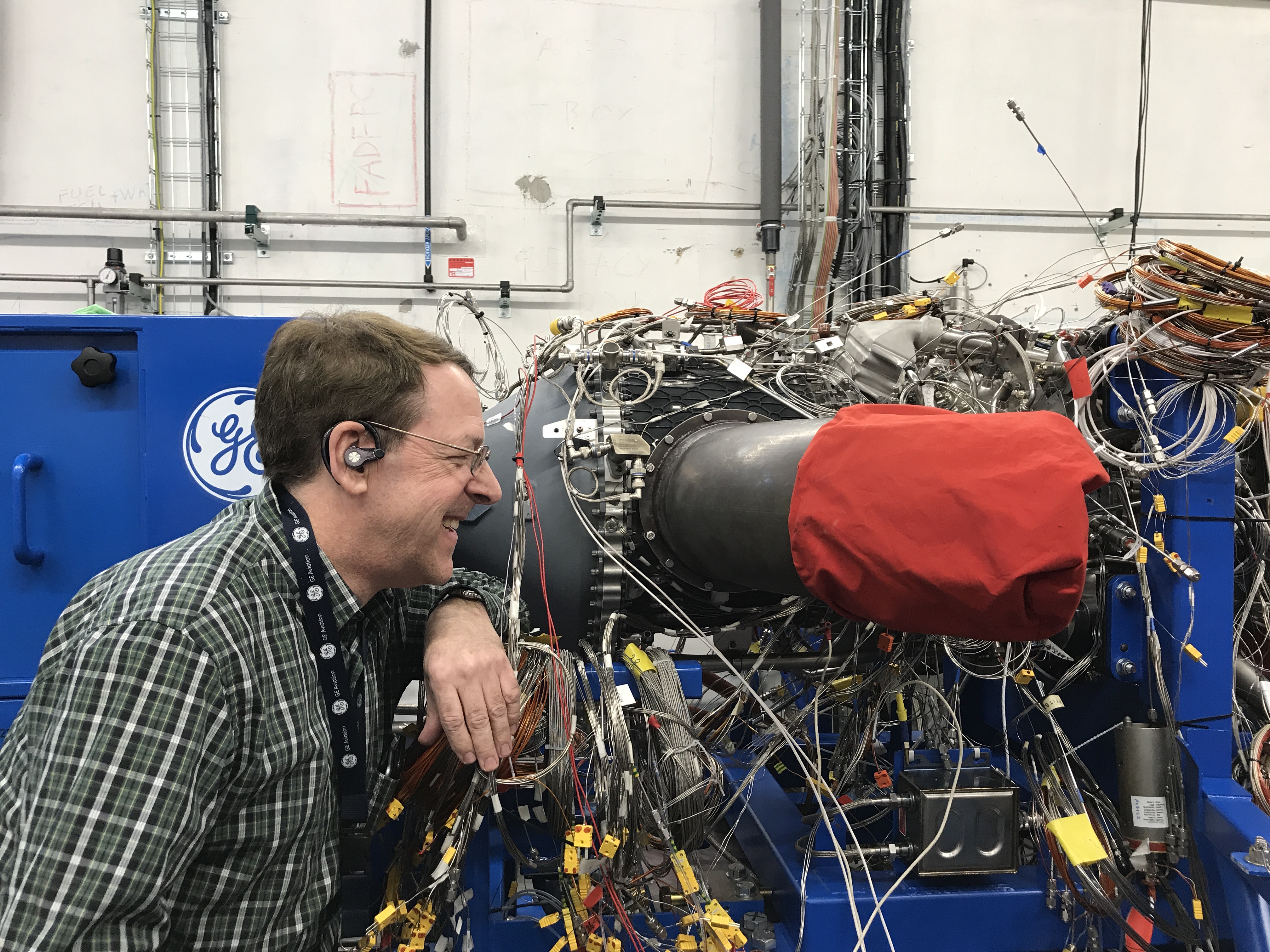 Edge computing is the opposite of sending data to the cloud for processing. As the name implies, edge computers sit directly on machines, in this case 3D printers. Edge systems equipped with machine-learning algorithms can run instant analysis and supply insights to operators, and eventually to the printers themselves.

Why does it matter? Additive manufacturing is a rapidly evolving discipline that requires many steps and iterations to get the mix of materials, laser strength, layer thickness and other “build parameters” just right. Building support structures for the components while they’re being printed, for instance, is currently challenging and time-consuming, and engineers jealously guard their designs from unauthorized eyes.

Working in the additive labs at GE Research in Niskayuna, New York, Rausch and his team deliberately alter the printing process and introduce anomalies by lowering the laser power to test if sensors on the printer can spot the issue.

But Rausch says that monitoring the building of parts in real time just scratches the surface of how the system can transform the 3D-printing process. The Holy Grail is controlling the process at the speed and precision required to prevent or fix minute defects on the fly.

“We already have come so far working closely with GE Additive,” Rausch says. “What’s allowing us to move so fast is both the digital and physical expertise we’re bringing to their technology.”