The Need For Speed: The Potential Of Additive Manufacturing Processes Is Enormous, And Materializing Now

After a career spent inventing new ways to manipulate metal, William Carter sometimes imagines what it would be like to demonstrate GE’s latest technology to a blacksmith visiting from the Bronze Age. While the time-traveling metallurgist would have no trouble recognizing the wax patterns and ceramic molds used to cast turbine blades and other large metal items, Carter says, he chuckles at the idea of his visitor watching computer-guided lasers conjure elaborate objects from a bed of metal powder: “What it would look like to him is as though we are making parts from burning dirt.”

Carter, an engineer at GE Research with 45 U.S. patents and 75 technical publications, has been around since the dawn of direct metal laser melting, a particularly promising subset of the field now known as additive manufacturing, or 3D printing. His time-travel musings reflect both his humility and his optimism, given the head start his upstart technology must overcome. “Investment casting has undergone 5,000 years of development,” Carter says, referring to the days when artisans used beeswax models to cast jewelry, ornaments, weapons and tools. “Additive manufacturing is now only about 30 to 40 years old. We’ve got to catch up fast.”

Today’s technology traces its earliest roots to the mid-1980s, when an undergraduate at the University of Texas at Austin named Carl Deckard ran the first experiments attempting to use a laser to build simple structures out of a plastic powder.

Deckard’s equipment was crude. Using a Commodore 64 computer, he would take early computer-aided design blueprints and use them to create a path for a laser, which would then build a small object by fusing bits of plastic together. (All additive manufacturing processes works this way, adding small layers of material together to create a solid object.) Deckard’s innovative process, known as selective laser sintering, caught the eye of William Carter, then a freshly minted Ph.D. working at GE Research. 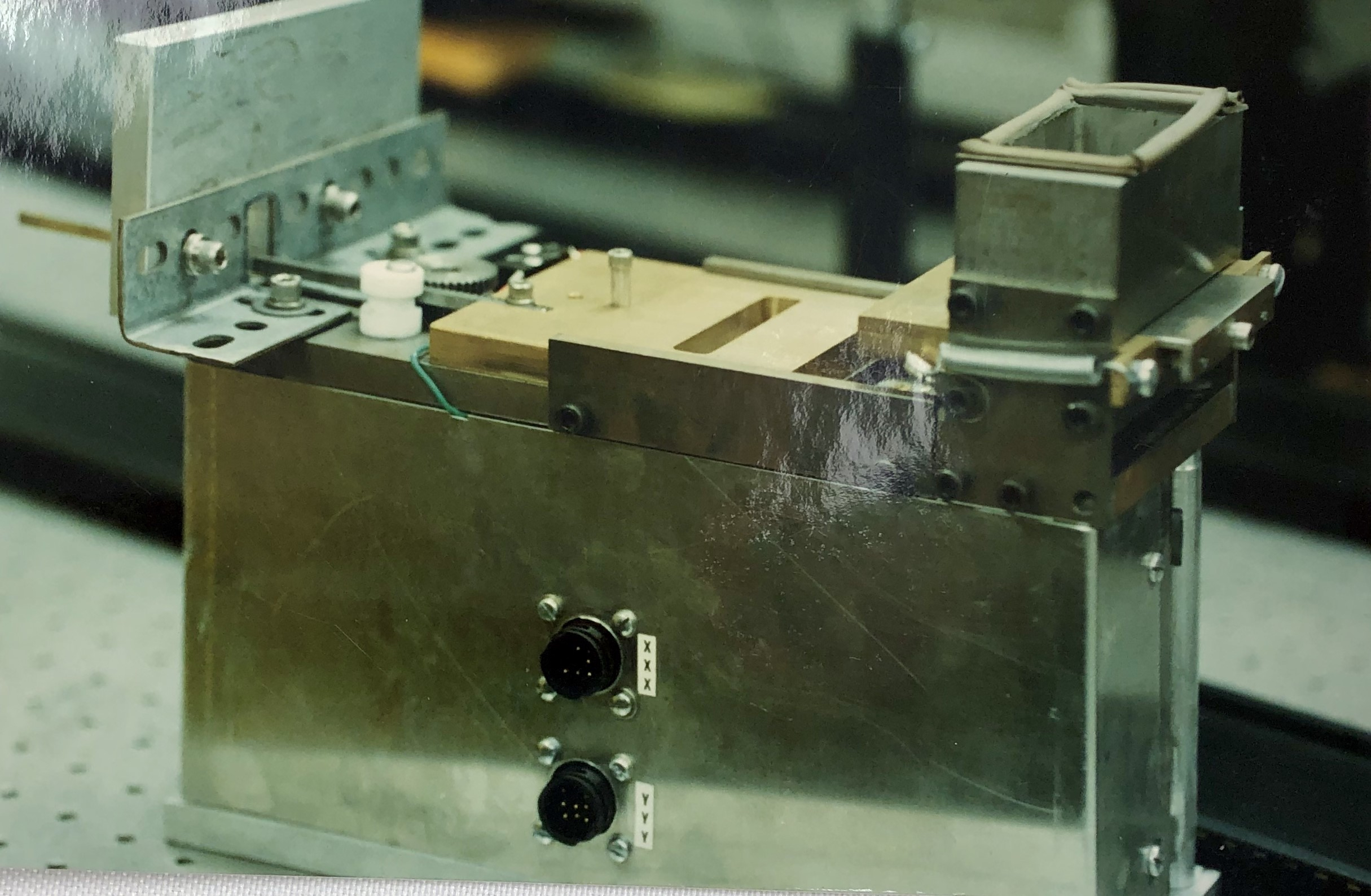 William Carter (right) and is collaborator Marshall Jones standing next to a 3D-printed combustor. Their latest printer prototype can 3D-print from metal parts as large as 1 meter in diameter and 1 meter tall. Contrast that with their first machine, which fit on a table and printed samples 3x1x1 inches. Top image credit: GE Research. Above: William Carter.

Soon it would capture Carter’s imagination as well. He teamed up with Marshall Jones, a fellow GE Research engineer and laser expert bound for the National Inventors Hall of Fame, and pitched his boss on a bold idea: Why not take the concept pioneered by Deckard using plastic and instead try to make objects out of metal?

Using additive manufacturing to make metal parts soon produced very high-quality prototypes, to the delight of Carter and Jones, but also revealed a fundamental problem. The laser fusing the metal powder into a solid object focused on such a fine point — typically around a tenth of a millimeter — that it took ages for the beam to create even small objects. “The process was painfully slow,” Carter says. “But I saw it as a huge opportunity.”

After writing a paper on their early experiments, Jones focused on lasers and Carter returned to other research on metals processing. Developments continued in the industry, and by the mid-2010s, many other engineers and executives had become believers in the potential of the new technology. GE responded by making a series of deals, including partnerships, acquisitions and other investments, to stay at the vanguard.

Carter had never shaken the 3D-printing bug, and soon returned to the technology, using it to build a series of larger and larger parts at faster and faster speeds. One recent success came in the building of combustor liners for jet engines. Combustor liners are heavily perforated parts that control the flow of cooling air into the hottest sections of the engine. The new additive process made it possible to redesign the perforations as complex tunnels that route the air through the metal to spots engineers had trouble reaching, and opens up a new world of performance and efficiency gains. 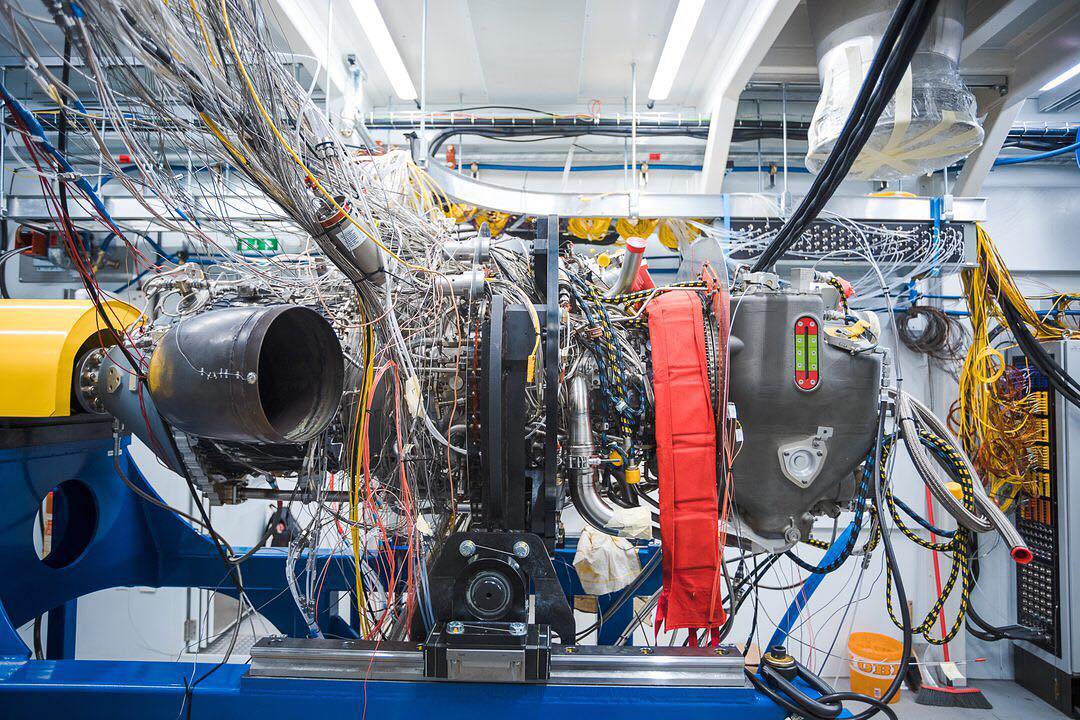 GE's Aviation, Power and Healthcare businesses are using 3D printing. In aviation, engineers used the technology, also known as additive manufacturing, to distill into just 12 printed parts what typically would amount to 800 components if they were made by conventional methods. Image credit: Chris New for GE Reports @seechrisnew.

Carter’s current project, a collaboration between GE Research and Lawrence Livermore National Laboratory, began in early 2015. With funding from the Air Force Research Laboratory, the project created open-source software to control 3D printers, giving researchers greater control over the metal-melting process than they could get with commercial software.

Carter is now working on the final phase of the collaboration, building a working system that aims to speed up the printing process once again. Increases in speed typically come from three sources: using more lasers, using more powerful beams to melt thicker metal layers faster, or tweaking the process to find more efficient paths for the lasers that already exist.

Unfortunately, the easiest solutions come with new problems of their own. Carter explains it this way: “If you’re watering your lawn nicely, and then you switch to a fire hose, you get a different result. That same thing happens with lasers, if you just switch to higher power.”

To handle that problem, Carter has teamed up with Livermore’s Manyalibo “Ibo” Matthews, who has been using a camera running at up to 10 million frames per second to show what happens when the laser hits the “melt pool” where the metal particles fuse together.

As a huge amount of power focuses on the tiny spot, atoms of metal fly off in a tiny jet stream, which in turn heats the adjacent gas and draws in metal powder that then spatters the area. Spatter causes problems when it deposits metal particles in the laser’s path. Those bits of metal can be big enough to cast a shadow that prevents the laser from welding the spot beneath it.

Carter cheerfully admits that while the cameras have provided an understanding of the problem, that insight has yet to lead to a solution. Still, even without a fix in hand, he is confident that one will present itself eventually.

Looking back to his earliest experiments in the early 1990s, he recalls a similar feeling. “At the time we really did think: ‘All we need to do is increase the build rate.’ The process rate had to increase by about two orders of magnitude — you need to go about 100 times faster — and that’s what’s happened over those years.”