CINCINNATI, OH –  In mid-2019, GE Additive and GE Aviation approached the US Air Force to propose a metal additive collaboration program to address its specific sustainment, readiness and affordability needs.

The US Air Force’s Rapid Sustainment Office (RSO) is charged with increasing mission readiness by rapidly identifying, applying and scaling technology essential to the operation and sustainment of its fleet. And, with a significant number of aircraft soon entering their sixth decade of service, difficulties in sourcing and producing spare parts potentially represents significant risk.

GE’s experience qualifying and certifying additively manufactured metal components that meet the commercial aviation sector’s rigorous regulatory requirements were of interest to the RSO as the Air Force continues to shape its own metal additive airworthiness and certification path.

“The RSO is excited to partner with GE Additive and its efforts to deliver additively manufactured parts for the Air Force,” said Nathan Parker, deputy program executive officer for the RSO who oversees and provides funding for the project with GE. “Their successes will help ensure our systems rapidly obtain the high-quality parts they need to stay flying and at the ready.”

“The collaborative effort between the US Air Force and GE shows great promise toward the adoption of metal 3D printed parts as an option to solve the US Air Force’s current and future sustainment challenges.  This capability provides an alternate method to source parts for legacy propulsion systems throughout their life cycle, especially when faced with a diminishing supplier base or when infrequent demands or low volume orders are not attractive to traditional manufacturers,” said Colonel Benjamin Boehm, director, AFLCMC/LP Propulsion Directorate.

GE’s collaboration with the RSO has been the first time that teams from GE Additive and GE Aviation’s engineering and supply chain teams have partnered for the benefit of an external customer.

“The Air Force wanted to go fast from day one and gain the capability and capacity for metal additive manufacturing, as rapidly as possible, to improve readiness and sustainability,” explains Lisa Coroa-Bockley, general manager for advanced materials solutions at GE Aviation.

“Speed is additive’s currency, and by applying our additive experiences with the LEAP fuel nozzle and other parts additively printed for the GE9X, being able to offer an end-to-end solution and also applying lessons learned of a robust certification processes, we’ve been able to accelerate the pace for the USAF,” added Coroa-Bockley.

Melanie Jonason, chief engineer for the propulsion sustainment division at Tinker Air Force Base (AFB) in Oklahoma was keen for her division to be a part of the program from the outset.

Jonason and her team already enjoyed a close working relationship with GE Aviation’s large military engines team and its chief engineer Dr. Matt Szolwinski. The addition of James Bonar and a multi-disciplinary team of engineers from GE Additive rounded out the team.

The US Air Force and GE settled on a program based on a “spiral development” model (based on a concept often used to enhance software development) that increases in complexity and scale with each phase. In this program, complexity involves moving from simpler part identification, progressing to part and family of parts consolidation and eventually tackling complex components and systems, such as common core heat exchangers.

The team recently initiated Phase 1 of the program, which involved the identification of GE Aviation spare parts for the F110 and TF34 engines and demonstrating their airworthiness capability.

Having already experienced firsthand how stretched the casting industry has become, and with “cold start” lead times between two to three years for certain parts not uncommon, Szolwinski and his team had already started exploring how and where metal additive processes might be integrated. Preliminary work had been completed on the sump cover for the General Electric F110 engine used on both F-15 and F-16 aircraft, and that part became the focus part for this first phase. 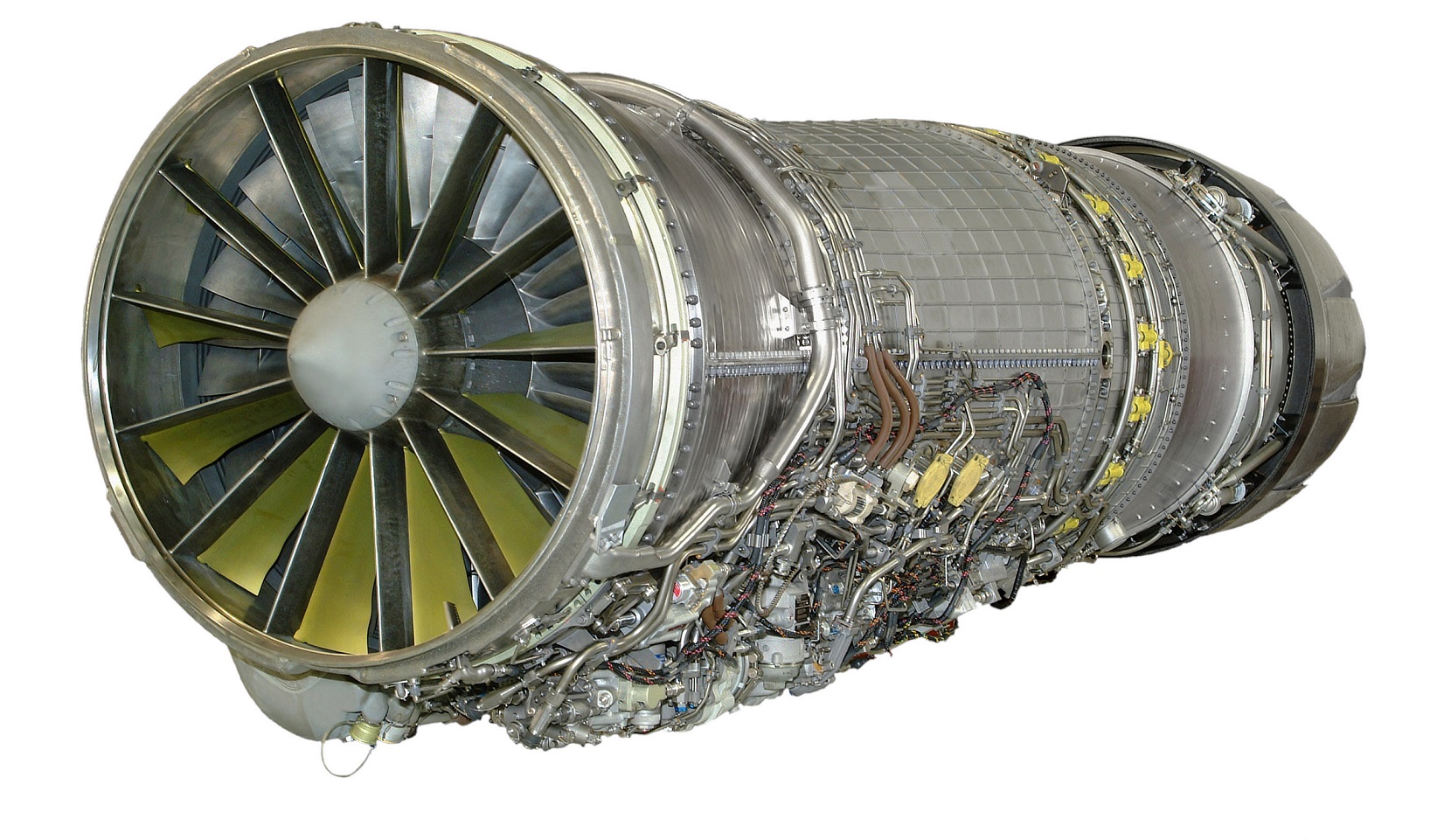 “Compared to other parts on the F110 engine, the sump cover might have lower functionality, but is incredibly important. It needs to be durable, form a seal and it needs to work for the entire engine to function – which is of course critical on a single engine aircraft like the F-16,” said James Bonar, engineering manager at GE Additive.

The GE Additive team partnered closely with the GE Aviation team to build on the exploratory work on the sump cover, which was conventionally cast in aluminum. Bonar’s team ensured the robust design practices were met during the fine tuning of parameters and the dial-in process at the GE Aviation’s Additive Technology Center (ATC) in Cincinnati. GE Additive Concept Laser M2 machines running cobalt-chrome at the ATC were used for the first builds of additively manufactured sump covers.

“Part of that process involved exploring how to quickly eliminate the associated risks with castings, and how metal additive might replace it for those parts that are either no longer in production, or where we need smaller production runs to keep our platforms flying,” added Melanie Jonason.

“The program with GE is ahead of schedule and the preliminary work already done on the sump cover has allowed us to move forward quickly. As we build our metal additive airworthiness plan for the Air Force, the completion of each phase represents a significant milestone as we take a step closer to getting an additive part qualified to fly in one of our aircraft,” said Beth Dittmer, division chief, propulsion integration at Tinker AFB.

Phase 1b is already being planned, adding complexity, in line with the spiral development model, to focus on a sump cover housing, a family of parts on the TF34 engine - which has been in service more than 40 years.

As the program enters this next phase, the combined US Air Force and GE team finds itself at an exciting intersection: rapidly problem-solving today for the US Air Force’s immediate readiness and sustainment needs, while turning its attention to tomorrow, and how additive will advance and inform design, manufacturing and certification for things we’ve never seen before in the commercial and military aerospace sectors.

If you are a member of the press and have additional questions, please contact us by e-mail.

Following last month’s announcement with Orchid Orthopedic Solutions, we caught up with our colleagues Lauren Thompson and Neil Siddons and Orchid’s Josh Pang and Kristie West to discuss the agreement and immediate next steps.