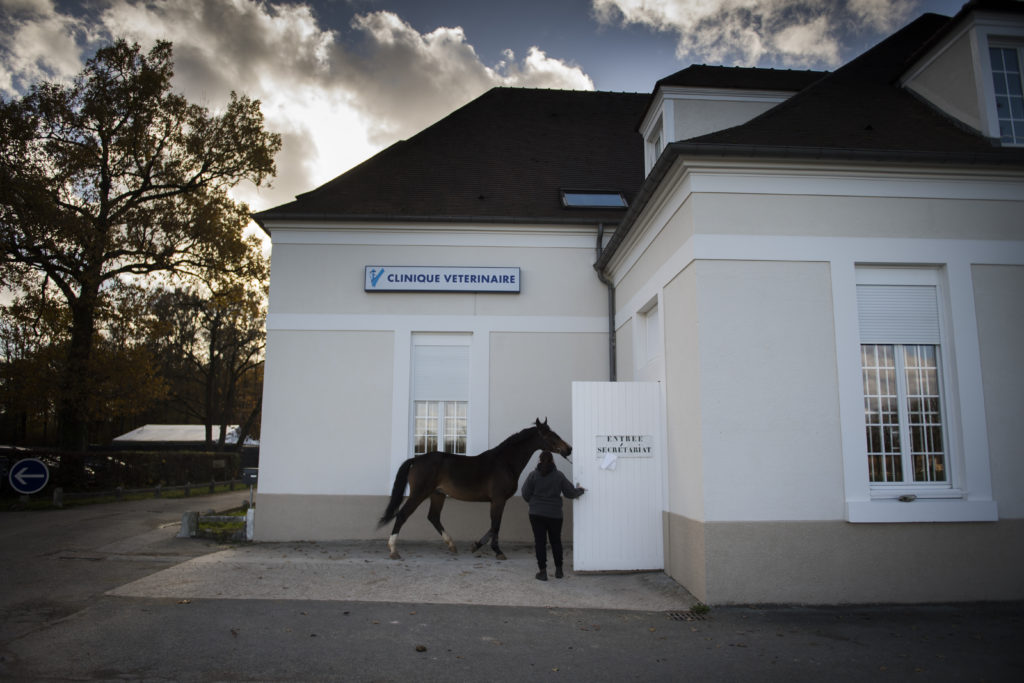 BOISSY SAINT-LEGER, FRANCE – 17 November, 2021 – Neck and vertebral fractures caused by falls at high speed are some of the most common causes of injury in racehorses. And every year many injured racehorses find their way to the outskirts of Paris for treatment by an innovative equine veterinary surgeon Dr. Fabrice Rossignol and his team at the world-renowned Clinique de Grosbois.

Neck fractures in horses can be successfully stabilized using a combination of conventionally manufactured compression screws, dorsal laminectomies or ventral cervical fusions, using "baskets" or threaded cylindrical cervical cages. Cervical arthrodesis – the fusion of two or more bones in a joint – can be performed on horses with neck fractures (or vertebral dislocation), instability or malalignment. Historically, surgery has been performed by placing locked plate implants (LCP).

However, very few attempts at operations, such as arthrodesis, have been performed on horses, as they often prove unsuccessful on severe injuries. In fact, until around 10 years ago, it was not uncommon for horses with neck fractures to be euthanized, sometimes within hours, because it is difficult, especially with open fractures, to rehabilitate the animal.

Racehorses are not animals that can lie down for months, and immobilizing them is almost impossible. Additionally, the cost of an operation and subsequent convalescence is often very high, which unfortunately informs the decision of some owners. 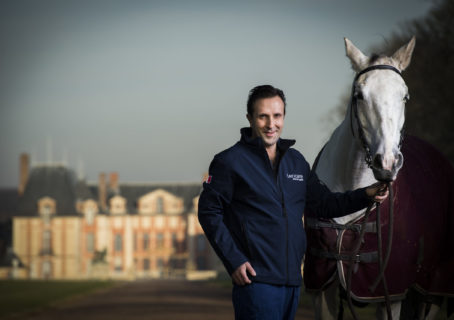 Given some of the technical restrictions of using conventionally manufactured implants, as early as 2017, Fabrice Rossignol along with his colleagues Martin Genton, a surgeon at the clinic, and Ariane Campos Schweizer, a third-year resident, started to explore the potential of metal 3D printing (often referred to as additive manufacturing) within equine medicine and specifically neck fracture cases.

As part of his research, Rossingnol also began looking for potential partners with metal additive expertise to help realize his ideas and vision.  Fortunately, he didn’t have to look very far. In fact, Vincent Nuttens, the CEO of 3D Medical (one of France’s leading metal additive manufacturing service bureaus) and his team, including Kevin Giffoni the designer of the solution, are based less than two kilometers away in the neighboring town of Marolles-en-Brie.

"Despite my very specialized request in a very specialized sector, Vincent and his team did not hesitate in agreeing to support us during the experimentation phase, investing in research and then eventually onto the development of the final metal additive solution that we have today. Like me, he has bet enthusiastically on innovation and the long-term," said Rossignol.

“Having spoken to Fabrice and hearing about the lack of a satisfactory solution for the injured horses, I knew that we would be able to find a way with additive.  We’ve ended up with a new type of prosthesis, that improves healing and hopefully will positively improve the outcome for as many animals as possible,” added Nuttens.

During surgery, the injured horse is anesthetized and placed in a surgical hammock to immobilize it. The fracture is stabilized with a 3D-printed plate and 3D-printed cancellous screws bridging the vertebrae, and depending on the case (and the vertebrae affected) with a small 3D-printed titanium cage applied in the ventral disc space. Cancellous or cortical screws may sometimes be associated with the locked screws to allow compression of the fractured fragment. 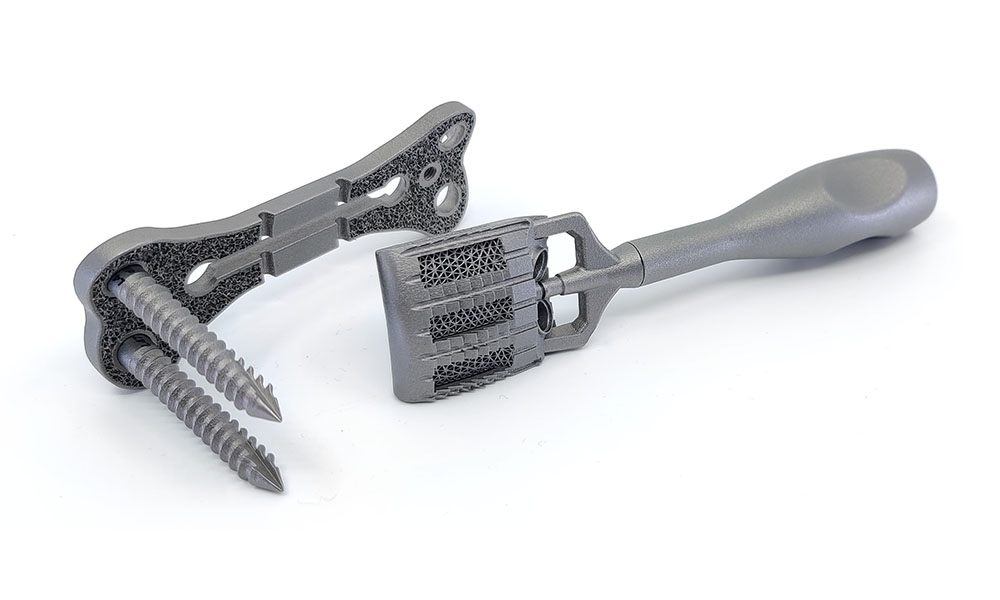 The benefit of this assembly lies in the fact that the 3D-printed titanium intervertebral spacer used during surgery makes use of compression forces to preserve the spacing between the vertebrae, thus preventing the protrusion of the disc in the medullary canal and the ventral displacement of the caudal vertebra.

The shape of the plate allows the placement of three screws in each vertebra. In addition, implants manufactured using titanium alloys have shown better osseointegration than steel implants.  And unlike conventional machining, metal 3D printing allows for the creation of porous patterns that facilitate the growth of bone through the cage and the fixation of the bone onto the cage.

Finally, the screws used are self-tapping and partially self-drilling, which allows maximum anchorage (close to the medullary canal) while reducing the risk of perforation during drilling or tapping. In Rossignol's experience, the use of a Redon drain limits this risk. Screw disinsertion or pullout may occur, but it is likely to be due to technical errors or associated with poor contact between the plate and the bone surface. 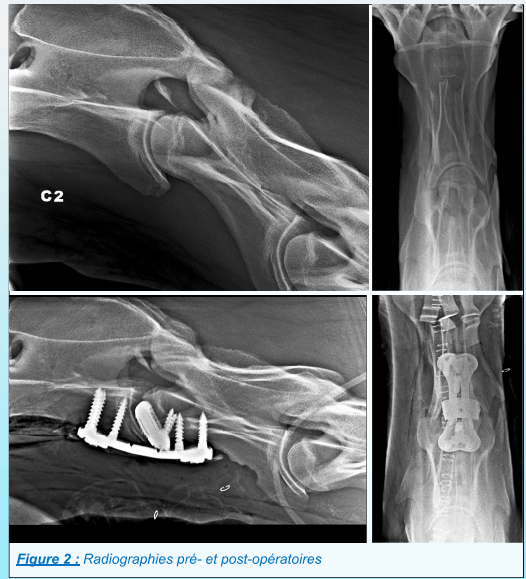 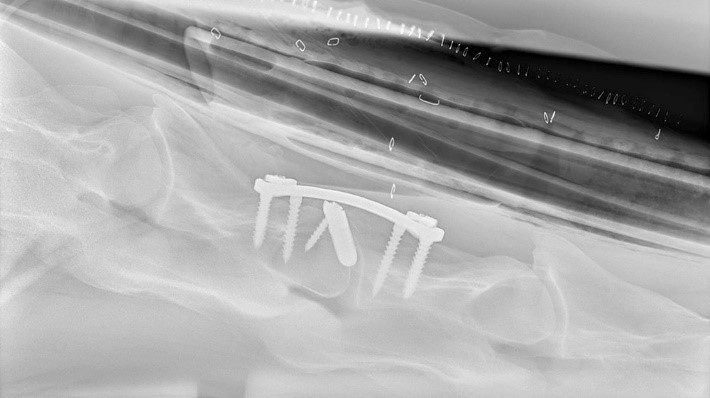 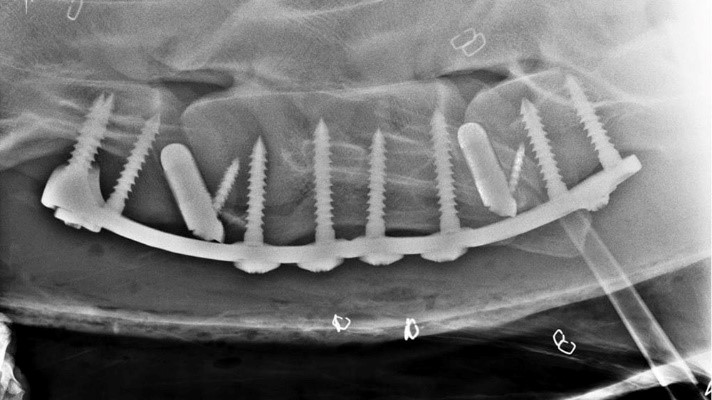 "The three major features and benefits of the metal 3D implant are its precision of custom printing and its resistance to a force and weight (a horse’s weight is significantly greater than a human’s), as well as the post-operative mobility of the animal," said Rossignol.

The procedure is performed under radiographic or fluoroscopic control, and so far, few complications have been noted. The most common are the appearance of a seroma and the disinsertion of screws. Seromas generally respond very well to conservative treatment.

Such a method of cervical arthrodesis can be applied in cases of trauma, but also makes sense when cases of malalignment are present.

In the post-operative period, the horses are left free in the stall for one month. Then, they are gradually rehabilitated by hand walking, with a walker and in the paddock, until they are gradually returned to activity between the fifth and eighth month, after a clinical and radiographic test.

“Metal 3D printing allows us to be inventive, which gives us very encouraging long-term of our four-legged companions. It has allowed us to open a new market. We are now selling these parts in Switzerland, the United States and Australia,” commented Nuttens.

3D Medical’s most important focus remains the osseointegration market for humans. His business started with the production of orthopedic implants for an international customer base. Today, the company produces several thousand implants each month.

"We also have a partnership with the Pitié-Salpêtrière hospital in Paris. Our collaborative strength there is that we can offer a 10-day lead time between the moment the surgeon and the patient decide on the operation together and the production of the custom-made part," explained Nuttens. 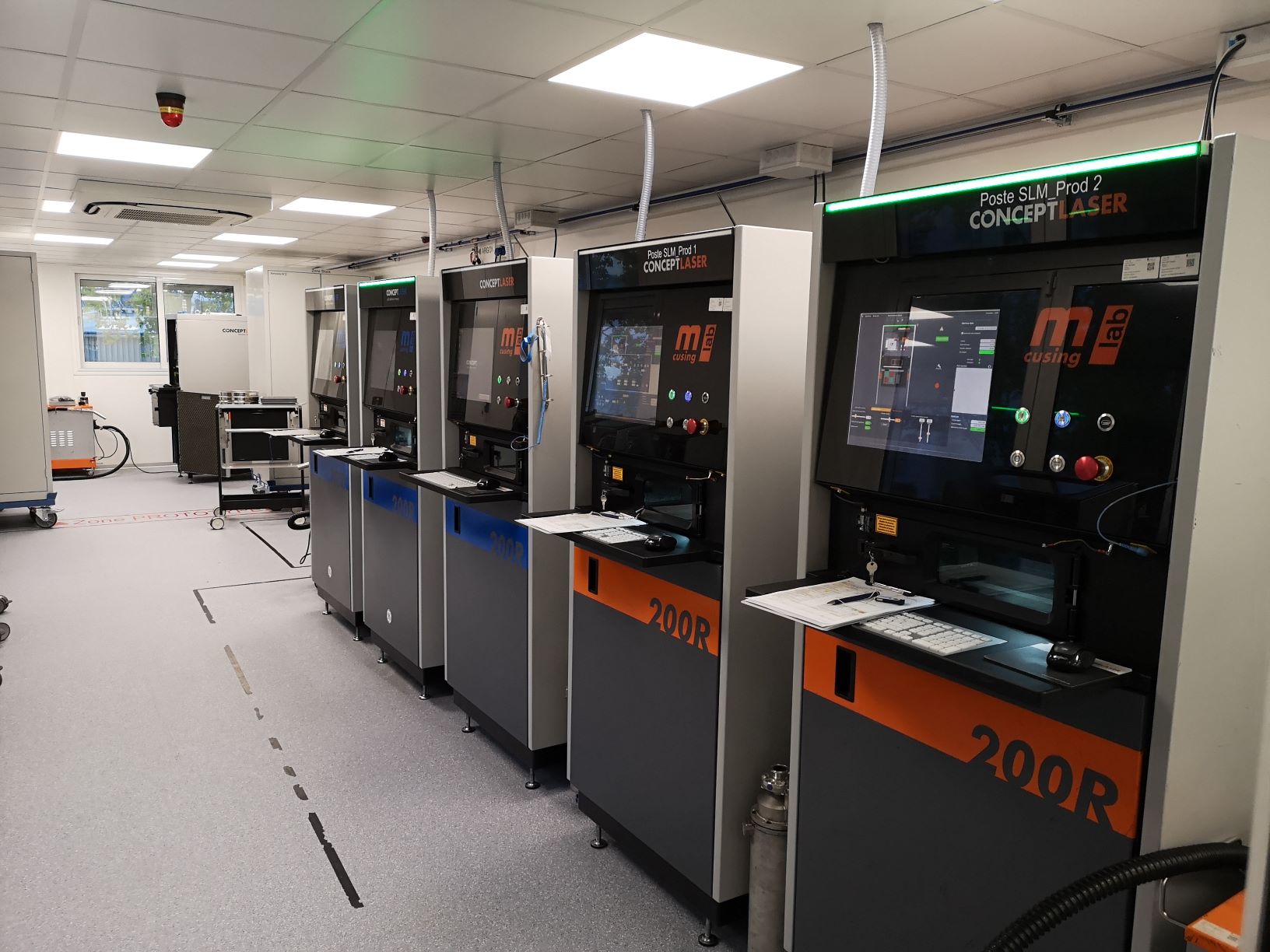