In 2010, Stevin Creeggan’s life changed forever. He was the sole survivor of a helicopter crash at Pukerua Bay, north of the New Zealand capital, Wellington. Stevin was left with multiple injuries including self-fused vertebrae in his neck and lower back, and severe damage to his right leg which has been reconstructed with plates, screws, and rods to hold his femur and lower femur together. It is also now shorter than his left leg by 2.5 centimeters.

After the accident Stevin found it difficult to find a way to maintain his fitness so turned to cycling, eventually putting his name forward to compete in the Invictus Games, founded in 2014 by Prince Harry, for current and former service personnel who have been wounded or injured. He is due to compete next year in archery, wheelchair basketball and cycling events. 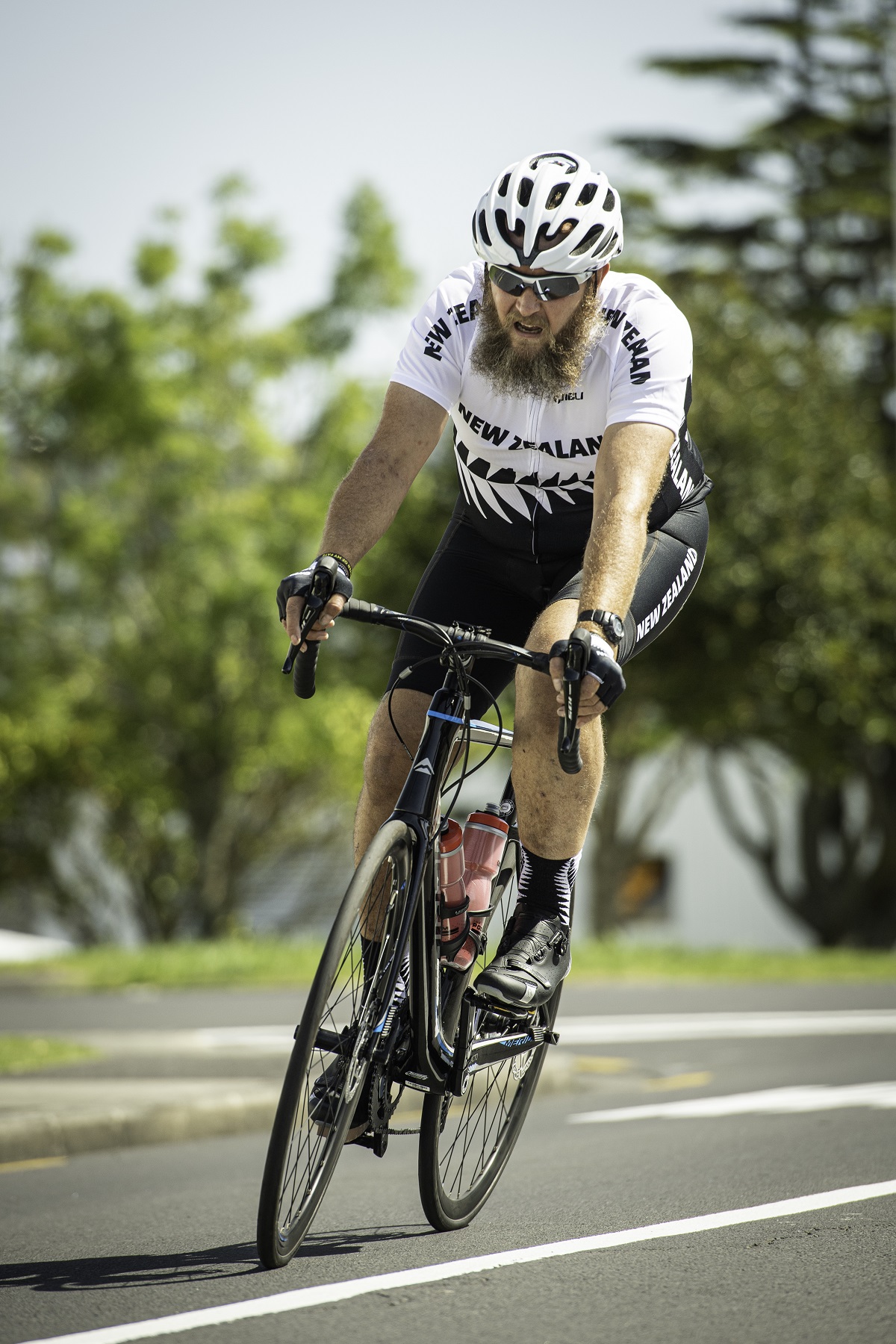 With one leg shorter than the other Stevin first made himself a spacer, a thin or often tapered material used to fill small gaps or spaces between objects, to fill the gap between his right foot and his bike pedal. “I first used bog; the material that panel beaters use when they fill a dent in a car. It’s strong but very heavy. I spoke to my Invictus sports team manager, David Pilgrim, who took it to the NZDF engineering design team without me knowing. When I found that out you could have knocked me over with a feather, I was so surprised!”

Ewan Conaghan and Martin Campbell were the New Zealand Defence Force mechanical engineers at the receiving end of David’s request to make something lighter and more resilient to aid Stevin on his Invictus Games journey. An avid cyclist himself, Martin jumped at the opportunity. “I have a long history with pushbikes and when this job came in, I jumped at the chance, it was just made for me.”

But, as Ewan explained, it was a little out of the ordinary for a design engineering team more used to designing military vehicle parts through to tentage and bespoke prototypes and , “We are mechanical engineers, but people will knock on our door with all sorts of ideas. As soon as we saw David’s request, we knew immediately that 3D printing was the way to go.”

Stevin’s bog-crafted spacer and shoe cleat, to attach to the bike pedal, weighed 250 grams, “that is ridiculously heavy and so one of our primary tasks was to work out how to significantly reduce its weight, whilst maintaining its strength and resilience to the outdoors,” said Martin. The team designed and printed a couple of carbon fibre prototypes, working with Stevin to perfect the piece, “with GE’s additive technology, using titanium we were able to reduce the weight to 50 grams which was just great for Stev and the design is specific to his shoe,” he continued. 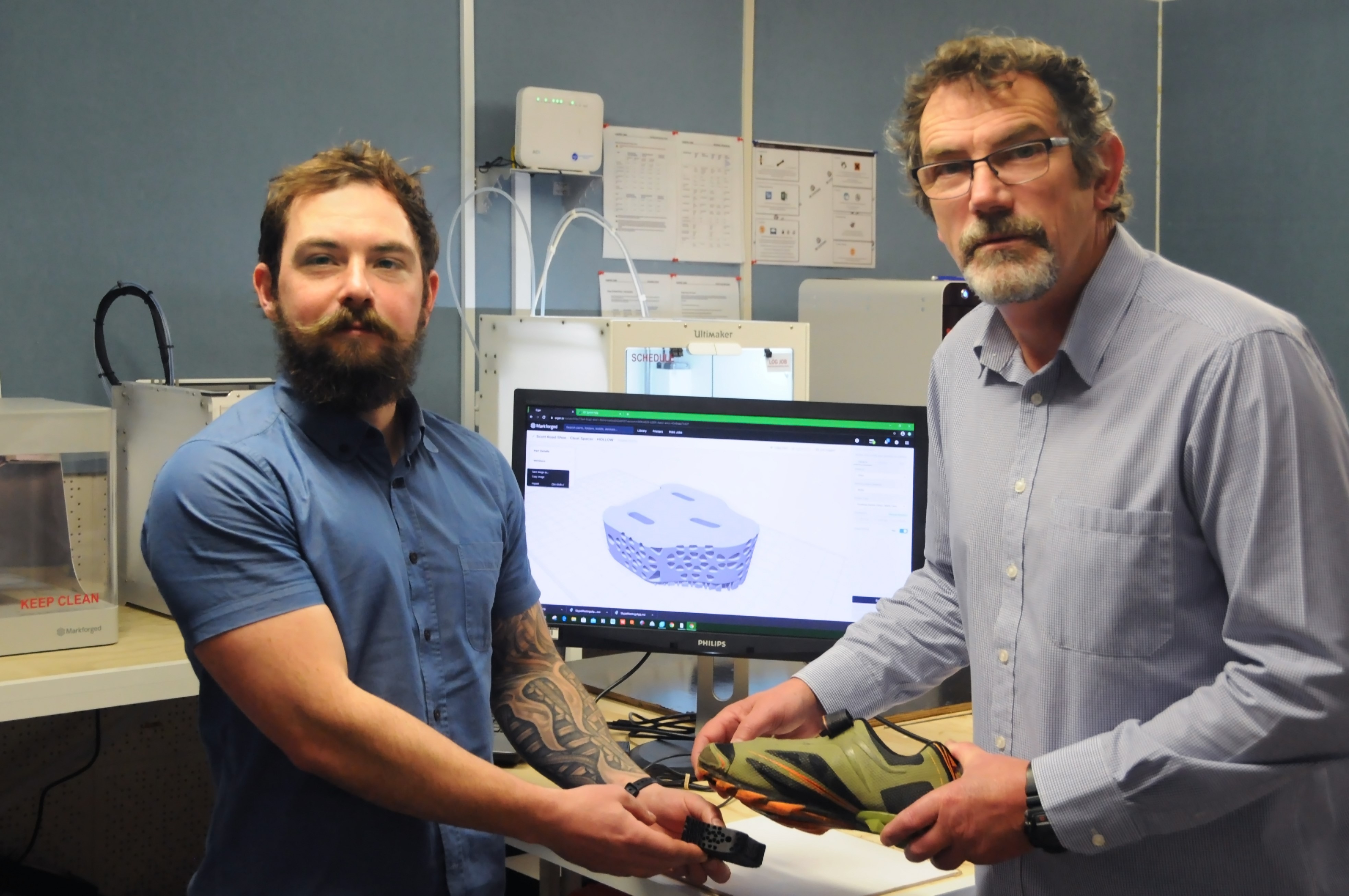 Zenith Tecnica, an Auckland-based manufacturer, printed the final piece in titanium using a GE Additive Arcam Electron Beam Melting (EBM) Q10plus machine. Zenith’s technical manager, Peter Sefont, said the design was simply beautiful, “we only had to suggest a few small tweaks to get to the final design and it allowed us to get the most out of the additive technology.” Stevin agrees, “I have had quite a few comments on how beautiful the design is and questions as to how it keeps its strength. A lot of people don’t realize there is a spacer there at first and that’s a testament to 3D printing technology and titanium.”

Zenith Tecnica usually works on parts for the aerospace, motorsports, marine and medical sectors so this was a foray into something new, “Our GE Additive EBM machines are certified to 3D print titanium aerospace and medical parts. We make quite a few customized patient specific implants and prosthetics, as mass customisation is one of the key benefits to 3D printing, but the pedal spacer and cleat is not something we have manufactured before so it was great to be a part of it,” Peter continued.

Whilst the 2020 Invictus Games, scheduled for May, did not go ahead due to COVID-19, they are expected to take place next year and the titanium spacer and cleat has given Stevin added confidence, “the design team found that sweet spot in the middle of being light, functional and strong. My right leg is now ergonomically correct so it is now at the point where I can stand up to pedal and I have trust in my leg and my bike to push harder than I have been able to before. I am now doing 23 kilometers in 30 minutes in the track criterium, up from 18 kilometers.”

Beyond the rescheduled Invictus Games Stevin will continue with cycling, “since the accident, the spacer and cleat have been the biggest game changer for me for sport or anything else. I had the chance to go in and say thank you to the design team and their pride in helping to create something for me on my Invictus journey just blew me away. It was awesome.” 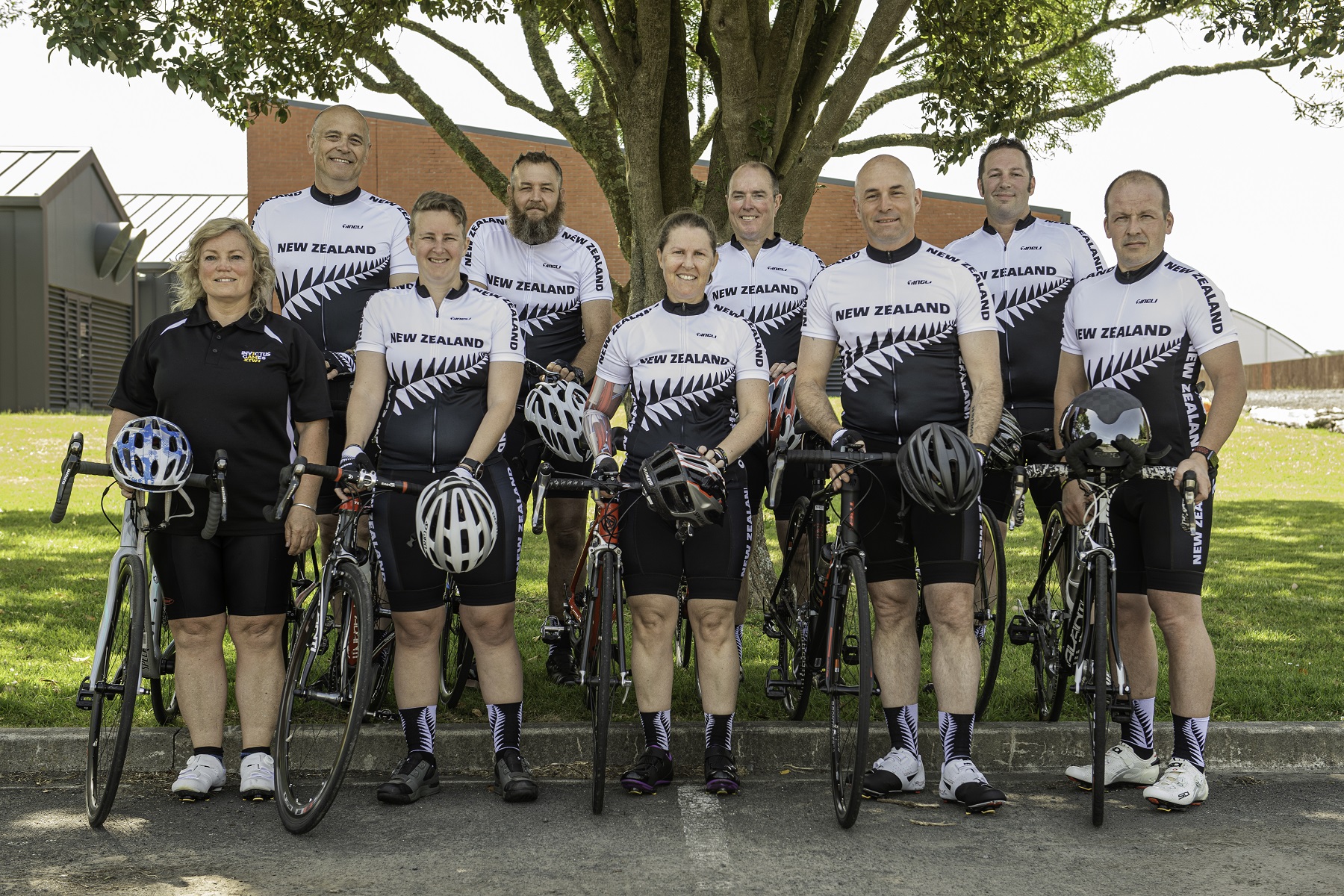