Get the Facts on: Nickel Alloy 718 | GE Additive Skip to main content

Get the Facts on: Nickel Alloy 718 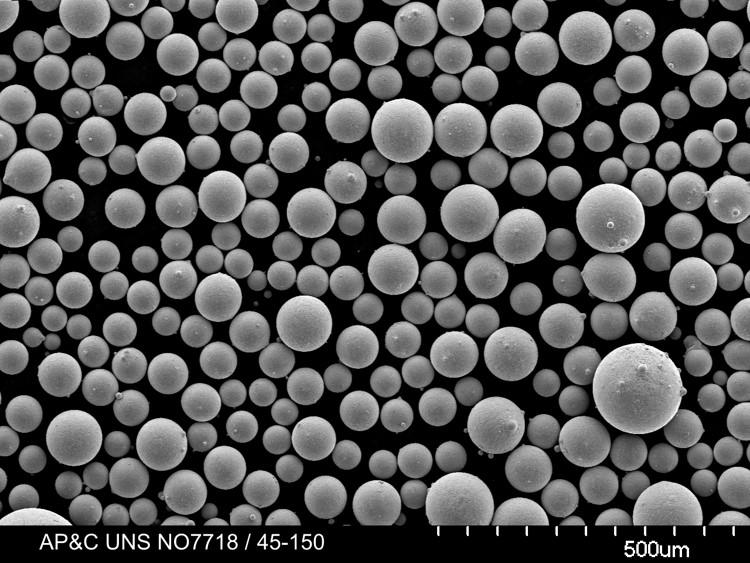 Because of its high-temperature properties superalloy Nickel 718 (Ni 718) has been a go-to material for the aerospace and space industries for many decades.

Today, Ni 718 is being used in metal additive manufacturing to create increasingly complex parts, broadening the scope of what is possible with this longstanding and popular superalloy.

How did nickel-based alloys come to be used in aerospace additive manufacturing?

Nickel-based super alloys have been breakthrough materials for the aviation industry since the 1960s and have enabled engineers to bump up the temperature in the hottest zones of turbines. This significantly increased the power of these aircraft engines.

There are different sections inside an aircraft engine. Some sections are subjected to very high temperatures, but other sections are exposed to lower ones. Titanium alloys can be used in the cooler sections, but the hot zones—such as where the gas is compressed and heated up—require very temperature-tolerant materials, as the these are the sections where the materials need to withstand the highest temperatures.

It was the introduction of nickels and nickel superalloys that allowed the temperature, and in turn the pressure, in those chambers to be increased. This enabled the engines to push harder.

Nickel was a game changer in the aerospace industry because it allowed much higher fuel efficiencies and engine power compared to one or two decades before their introduction. To this day, Ni 718 is one of the most-used materials for the hot sections of both aircraft engines and rocket engines, comprising around 50% of the weight of advanced aircraft engines.

What’s the market potential for Ni-based alloys as the metal additive industry develops?

Nickel-based alloys are in high demand by metal additive super users in the aerospace sector. Additive users in this industry regard Ni 718 as a consistent and dependable material, known for its robustness and versatility. Aerospace customers like GE Aviation have approved and use AP&C’s Ni 718 powder for their additive applications.

Both oxygen and hydrocarbon molecules are present in the hot sections of an engine, so you get a very reactive mixture of molecules that will attack the materials in those engine chambers. To prevent degradation in those chambers, you need something that is strong, reasonably ductile and corrosion resistant.

That’s where Ni 718 and Ni 625 have established themselves. Because of their chemical makeup, they have shown a high corrosion resistance and that allows those alloys to be more durable and avoid erosion.

Looking at Ni 718 specifically, why is it such a go-to alloy for many customers?

It is a combination of factors. Even though there are several alloys being developed, including some that might potentially have better properties than Ni 718, you need to consider the wider supply chain in place, as well as the properties of the material itself.

Supply chains can take decades to become robust. And because Ni 718 has been around and in demand since the 1960s, it has a particularly well-established supply chain.

For the supply chain to be robust, standards are needed so that the materials can be seen as more reliable, especially when many of these alloys have very small tolerances to certain elements (at the low parts-per-million to the parts-per-billion range).

So, it can take a long time for a material to establish itself, become widely used, and for the supply chain to be strong enough to lower prices so that the material can be adopted by many industries.

Ni 718 got a head start against many other nickel superalloys and the demand for it broadened the supply chain, which lowered its price, and that further pushed the adoption of Ni 718.

How important is it to end users, such as GE Aviation who you work with, that these nickel alloys are well-known materials? Does it help with their adoption?

It’s important, and it helps with their adoption, because the risk has been mitigated. In an industry like aerospace, you might think that engineers designing additive applications would opt for new materials, but that is not often the case. That is because risk assessment, certification and qualification also play a critical role in their highly regulated industry.

Their preference is to work with alloys that have AMS and ASTM standards, with data to support it. This is the case for Ni 718 and Ni 625, where there is a huge amount of data available on the fatigue curves, elongation curves, and strength data for each of these alloys.

There is a preference in the aerospace industry for well-studied materials that can be additively manufactured robustly and repeatedly with known specifications, compared to a material with slightly better properties but is more of an unknown, for example copper and aluminum.

In the aerospace sector, the cost of a part failure and the associated risks are much higher. So, even though it may seem slow to outside observers, the adoption of Ni 718 for use in additive applications is paced rightly. Adoption typically starts with one or two non-critical parts and then moves on to more complex, often moving parts. There is a carefully laid-out roadmap for the adoption of new technologies in the aerospace sector. 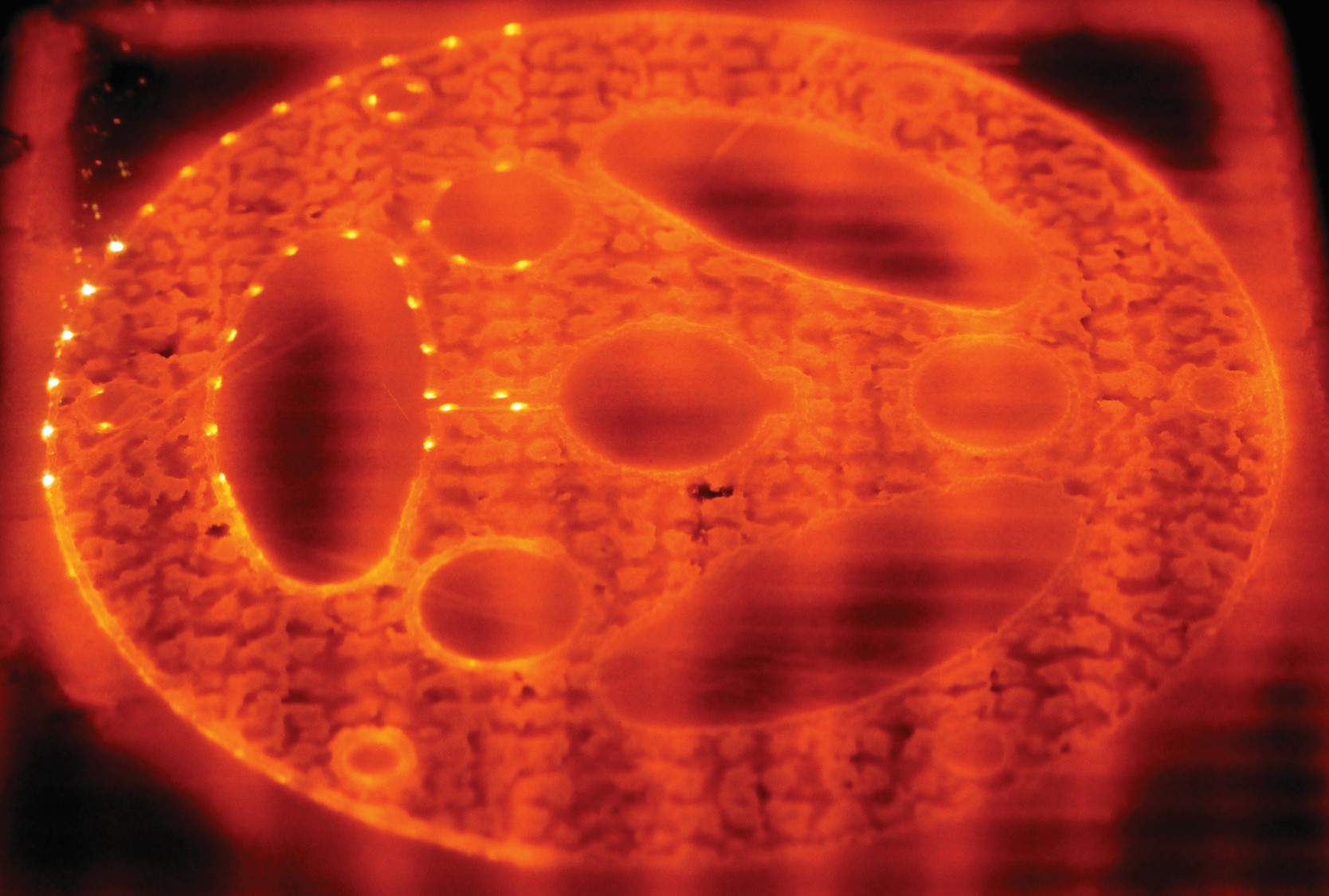 Where is Ni 718 being used in the aerospace and space sectors?

Ni 718 is a popular material for the aerospace and space sectors because it is easy to process in additive manufacturing machines.

It is also a material that lends itself well to additive manufacturing due to its density. The denser a powder is, the better it will flow through those gravimetric feeders, and the easier it will be to build even layers.

This is a reason why there is interest and demand from the aerospace and space sectors. In terms of where it’s being used specifically, you will often find it deployed in thermally challenging environments, such as rocket engines, gas turbine hot sections, heat exchangers and parts used in fuel and combustion systems.

How is AP&C working with customers to fulfill their future needs?

Close and tight collaboration with our customers has enabled AP&C to mature its production, quality, and systems to become an established and robust organization.

That collaboration continues to push us forward and set the high standards for our own company and for the industries where AP&C plays.

AP&C has taken to heart the high standards, safety, quality, and the product and process controls expected of the aerospace industry. It can take time and studies to get data, but we are able to tap into resources across GE to look at our powders and characterize them and print test coupons, if needed.

Ni 718 has been around for some time. It is a very versatile material that has been tried and tested in many applications. And because it is a known, understood, and well-respected material in the aerospace and space industries, its adoption to additive has been a more seamless transition compared to other, lesser tried and tested materials.

Because nickel alloys are not reactive, they are some of the most optimal materials for additive manufacturing as they don’t pick up contaminants. It is these same non-reactive properties that have made Ni 718 a staple material for high-temperature applications.

The ability to use it to create parts with more complex geometries using tried, tested, and established additive manufacturing methods, opens Ni 718 and other nickel alloys up to even more applications in the future.