Achieving Peak Performance in Elite Cycling and Beyond

Dimitris Katsanis is a former elite cyclist, and now engineer, who has been at the forefront of the design and manufacture of Olympic, Tour de France and world championship bicycles for over thirty years. Today, he continues to innovate and scale his business, Metron Additive Engineering, using GE Additive’s electron beam melting (EBM) technology.

With a long and successful career supporting world class cycling teams, and riders, bicycles are in Dimitris Katsanis’ blood. In the 1980s, in his teens and early twenties, Katsanis was a member of the Greek National Cycling Team, even holding a national track sprint record for a time. Whilst he enjoyed riding, he loved tinkering, and the challenge of improving his racing times, even more, assembling and disassembling his bikes to reach peak performance.

After a stint as the assistant coach of the Greek National Cycling Team in the early 1990s he decided to study engineering. “I did a bit of crystal ball gazing at the time and I thought the future of engineering was carbon fiber, so I decided to study composite engineering at Plymouth University, in the UK,” he said.

At the same time Katsanis had already designed or made parts for bicycles that the Greek National Team was using in the 1992 Barcelona Olympics, made from a hybrid of steel tubes and carbon fiber. By the 1996 games in Atlanta, he was helping half a dozen other teams with their bikes, too, and then became heavily involved in wind tunnel testing and the rapid prototyping of plastic bicycle parts.

The rapid prototyping and 3D printing plastic parts for wind tunnel testing became a well-established model but Katsanis wondered “why not do this with metal”? Fifteen years later he looked back into his crystal ball and believed that additive manufacturing using metals, would be the future.

Additive handlebars from one to one hundred 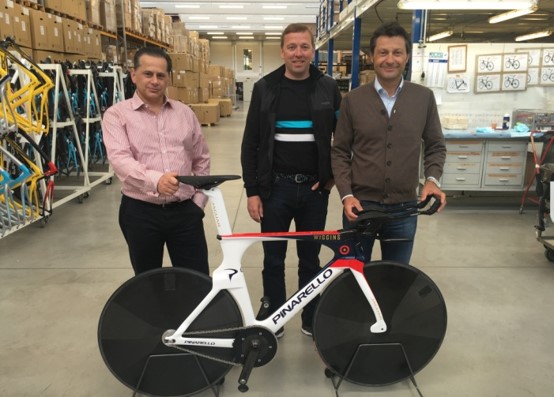 “In 2015 Sir Bradley Wiggins wanted to do the Hour Record, for the longest distanced cycled in one hour from a stationary start. The bike was made from carbon fiber, but the handlebars were titanium, created using a GE Additive Arcam EBM machine. This meant that we were could intricately modify them multiple times leading up the record attempt.” A replica of the handlebars is on display at the V&A Museum in London.

The advantages of titanium parts created with additive technology

Carbon fiber, as well as aluminum, have long been the material of choice for professional cyclists because of their light weight and strength. Now, industry focus is turning towards titanium and parts produced using additive manufacturing.

Carbon fiber is lighter than titanium so, with 30 years’ experience in composite engineering, Katsanis was surprised that when the first 3D printed titanium bicycle parts were manufactured they were, in fact, lighter than equivalent parts in carbon, “The first few that we made were very integrated designs and we were getting rid of a lot of nuts and bolts. I realized that with 3D printing in titanium it’s possible to put the material where you need it and remove it from the areas you don’t. Additive technology allows you to do things that you otherwise couldn’t. It’s partly design and partly engineering. Additive has allowed me to take 25 years of composite engineering experience and make more dynamic, organic shapes with more complex designs.”

Additive manufacturing, using Computer Aided Design, or CAD models, offers an enormous potential to revolutionize the design and manufacture of bicycles. Parts, or an entire frame, can be produced without specialized tooling or the need to manufacture each piece manually. This may help bike manufacturers accelerate the time to market of new designs and models as well as inspire more creative, better performing bikes.

Bringing additive to scale in cycling

Despite the advances, additive manufacturing is still some way from becoming the default technology for consumer bikes, something that Katsanis is looking to change. Metron is negotiating with well-known bike manufacturers to provide 3D printed titanium parts at scale, in what Katsanis describes as “mass customization.”

And EBM is helping to achieve this. “The EBM process allows us to stack components one on top of the other with the ability to make a lot of components in one build. So, in general, we can make components lighter, but the specific benefit of EBM is its efficiency, meaning our products are more price competitive,” Katsanis said. 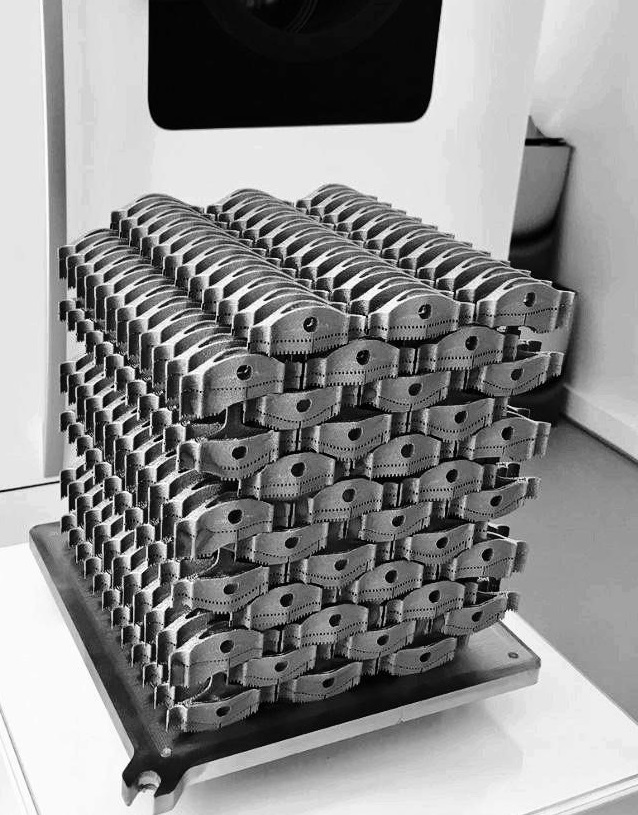 Beyond the cycling industry, both high end and more mainstream, Metron is looking to expands its additive manufacturing expertise and experience into medical technology and aerospace.

Gazing once again into his crystal ball, Katsanis sees a rapidly expanding future for additive manufacturing, first in high end products and then with mass penetration happening as 3D printing technology reaches critical mass. “I think mass customization of additive titanium parts will be the next big step. I think in the next two to three years 3D printing will grow in the high-end and specialized product market but within a decade we’ll see additive manufacturing start to filter down to more medium range and, possibly, everyday products.”

And he has a clear vision for Metron, supported by GE Additive’s machines and powders, to be at the cutting-edge of this transition, “I would really like to see additive technologies evolve and trickle down to everyday products. By showing that we can mass customize tens of thousands of bike parts annually we are demonstrating that it is possible to produce components in large quantities with additive technology. We are determined to be a pioneer in showing that additive manufacturing can be brought to scale.”