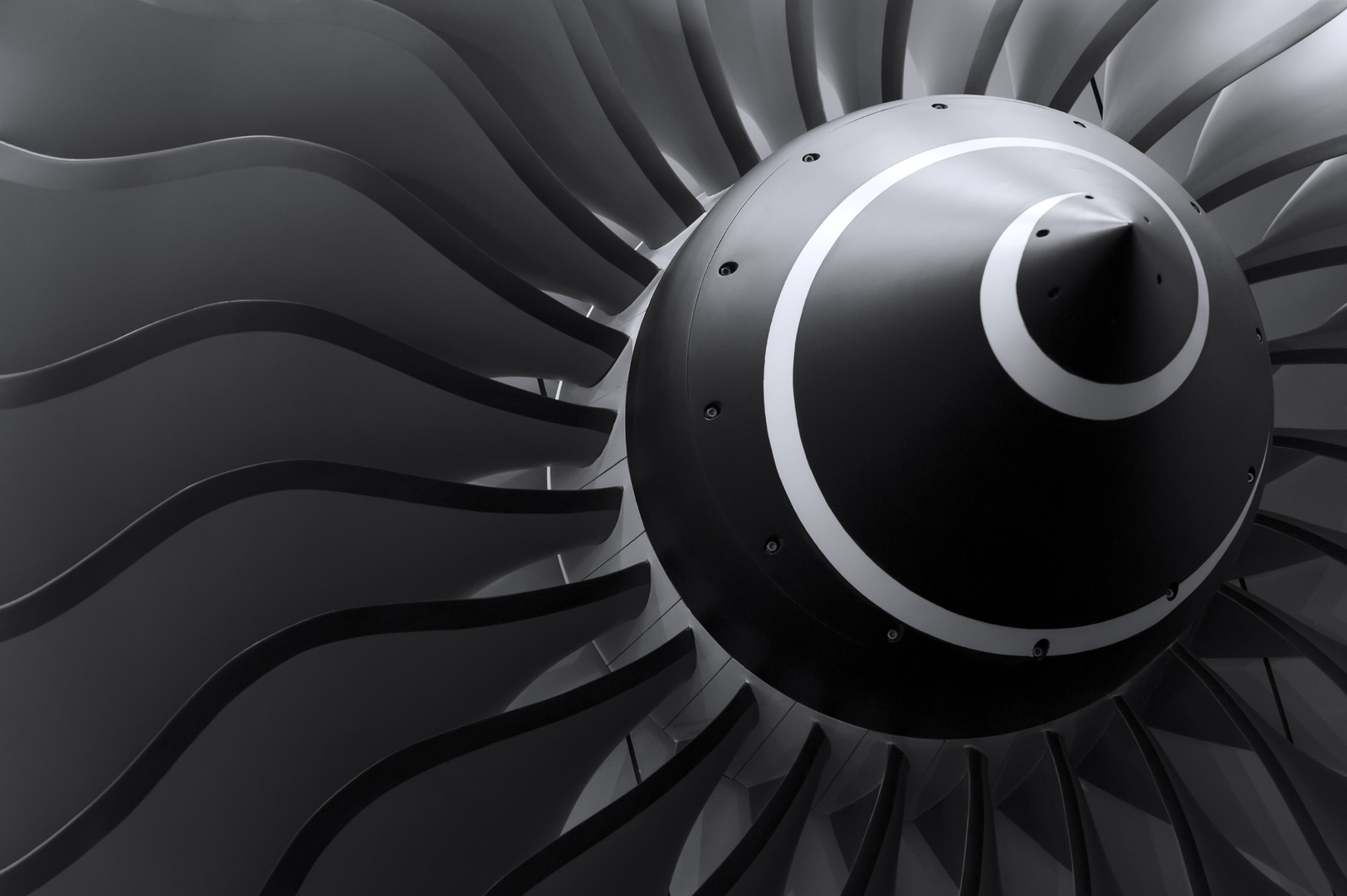 The aviation industry is an excellent proving ground for 3D-printed parts, given the stringent certifications and demanding safety approvals it must address. If 3D-printed components fabricated from superalloys and advanced thermoplastic composites meet federal aviation standards, confidence rises as to the relevance of additive manufacturing in other highly demanding environments.

Designers thrive in a new realm free of the manufacturing maxim that complexity increases costs. In the new reality of additive manufacturing, designers and accountants increasingly find common purpose. For example, in 2012, GE Aviation collaborated with Morris Technologies to test the limits of AM technologies available at the time. Engineers reduced the number of parts in a jet engine fuel nozzle from 20 to one, leading to a 25 percent weight reduction and reduced assembly times. In a new advanced turboprop engine, a dozen 3D-printed parts replace 855 components produced by multiple contractors. Reductions in the number of parts also streamline supply chains.

The impact of parts consolidation will grow as maximum part sizes and build rates increase in additive manufacturing. For example, Virgin Orbit expects to use AM to fabricate entire thrust chamber assemblies.

Manufacturers also expect to increase productivity by more fully embracing additive manufacturing. By using 3D printing to produce parts for its 787s, Boeing expects to save approximately $2 million to $3 million per plane.

Market intelligence firm Netscribes projects that AM processes will generate $8.7 billion in annual global revenue by 2020. Advanced AM technologies like electron beam melting (EBM) and direct metal laser melting (DMLM) will drive much of this growth, in part because these processes produce high-value parts and functional prototypes in aviation, aerospace and beyond.

The 3D printing of both jet engine prototypes and end-use parts is already having a significant impact on development and production.

The GE90 series of high-bypass turbofan aircraft engines first entered service in 1995. Now, the next-generation GE9X from GE Aviation will use 19 3D-printed fuel nozzles to help power the next generation of wide-body aircraft like the Boeing 777X. The GE9X is the largest and most powerful jet engine ever manufactured — the front fan alone measures 11 feet in diameter. While it is approximately 10 percent more fuel-efficient than its predecessor, it still generates 100,000 pounds of thrust at takeoff.

In April 2016, Airbus took delivery of the first two LEAP-1A engines for its next-generation A320 passenger jet. GE Aviation and France’s Safran are equal partners in the engine’s manufacturer, CFM International. CFM has received more than 12,000 orders for the LEAP engine and its 3D-printed fuel nozzles. A manufacturing facility in Alabama will produce the thousands of nozzles required to fulfill the orders.

Functional prototype testing is often cheaper, simpler and quicker when AM processes are used. In late 2017, in collaboration with the United States Army, GE Aviation completed prototype testing of the Future Affordable Turbine Engine (FATE) engine. Additive manufacturing was key to the design and production of the prototype’s turbine rig. The FATE engine performs at heretofore unknown levels of efficiency and performance. Compared to current engines in the field, it reduces fuel consumption by 35 percent while cutting production and maintenance expenses 45 percent.

The ITEP engine is intended as a drop-in replacement for Apache and Black Hawk helicopters. The engine is to offer 25 percent fuel savings and a 35 percent reduction in production costs. The T901 prototype of the proposed production model makes use of functional prototypes of 3D-printed parts. The use of AM processes in the FATE and ITEP projects builds upon insights acquired in the previous development of the commercial LEAP engine.

In April 2015, GE Aviation received its first FAA clearance to use a 3D-printed part in a commercial jet engine. The sensor housing for a compressor inlet temperature sensor is produced by a selective laser sintering (SLS) system. GE contracted with Boeing to use the part in more than 400 GE90-94B engines to be used on Boeing 777 jets.

Jet engine combustors are notoriously difficult to manufacture using traditional means. Using an AM process with cobalt-chrome alloy powder as the build material, high-quality components are fabricated that protect the highly sensitive electronics in the temperature sensor from surging airflows and significant icing inside the engine. AM processes are also being used to fabricate other aircraft parts, including those used in ducting systems.

The special tool is 17.5 feet long, 5.5 feet wide and 1.5 feet tall. The 1,650-lb device took approximately 30 hours to print from carbon fiber and composite plastics. The Guinness Book of World Records subsequently certified it as the largest solid object ever created on a 3D printer.

In one aviation and aerospace application after another, 3D-printed, lightweight products lead to energy savings, reduced carbon emissions and enhanced return on investment (ROI).

In general, manufacturing for space applications requires a very high degree of precision. AM processes like EBM and DMLM excel at producing parts to close tolerances. A high degree of dimensional accuracy is attainable when layers are as thin as 20 or 40 microns, substantially less than the width of a human hair.

Examples of using additive manufacturing in space and to get to low-earth orbit and beyond are more prevalent than ever. At the Marshall Space Flight Center (MSFC) in Huntsville, Alabama, NASA researchers designed and printed a functional prototype of a two-piece rocket injector that met the performance parameters of its 163-part predecessor. The highly simplified 3D-printed injector meets strenuous mechanical property and hot fire standards, while reducing manufacturing and assembly times.

In November 2017, the Tubesat-POD (TuPOD) satellite completed its mission. The tube-shaped deployment satellite was the first 3D-printed satellite launched from the ISS.

AM experiments on the International Space Station (ISS) test the feasibility of 3D printing in space. In 2014, astronauts aboard the International Space Station printed their first plastic part on a 3D printer. Objects printed aboard the ISS were returned to earth to determine if microgravity impacted mechanical properties or other essential characteristics in any material way.

Print-on-demand technology could be pivotal in carrying out plans to travel to Mars. The capacity to print tools and replacement parts millions of miles from Earth is vital in the quest to manage risk and control costs. In some anticipated scenarios, some of the build materials for 3D printing would be mined from the Red Planet itself.